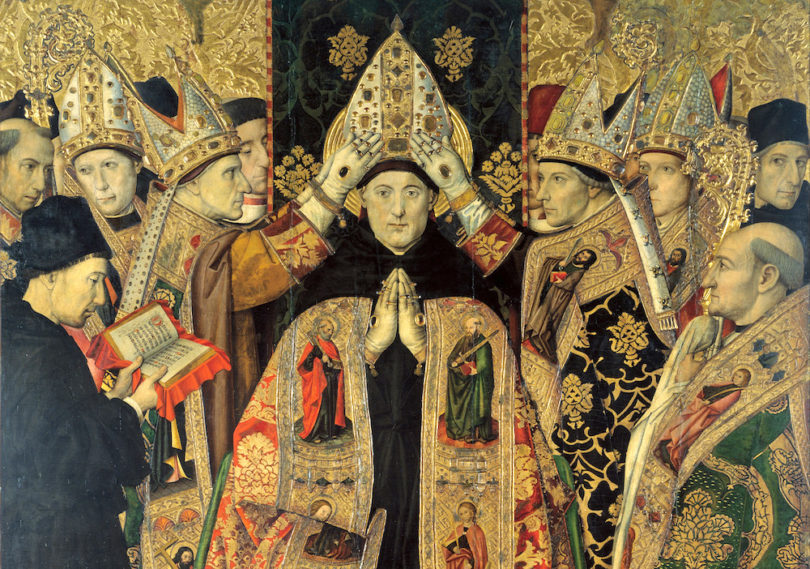 In light of our recent episcopal election, the following article on AnglicanPastor.com is helpful in reminding both Anglicans and non-Anglicans alike why we hold onto the Tradition of retaining Bishops in Christ’s Church. The post was originally written by The Rev. Canon Greg Goebel and published on April 20, 2015.

The Anglicans were one of the few reformational churches that retained Bishops as biblical and historical. Most of the other groups, in our humble opinion, threw the Bishops out with the bathwater. We feel like that was a mistake. Here’s why.

In St. Paul’s epistles, we find that there were presbyters (elders) that oversaw the churches. By the time of John’s letters (late first or early second century), one of the elders of each area was identified as the episkopos, or the overseer who would lead the elders in a geographic region. This latter development quickly became the norm in the whole Christian world until the Reformation of the sixteenth century. The Bishop was the chief shepherd of the churches, hence the symbol of the shepherd’s crook that many Bishops still use to this day.

Anglicans believe that we are not only to preach the same message as the Apostles and early Christians, but also that we are to keep the same structure and history. Let me explain this with an example.

When the Cleveland Browns’ owner wanted to move the team to Baltimore, the fans went berserk. In the end, they were allowed to keep the team name, colors, and historical record. The team itself became the Baltimore Ravens.  After three years, the Browns were reorganized and started playing again in Cleveland, but because they kept connected to the same history, people today recognize that team as a continuation of the historical, original Cleveland Browns.

We believe that retaining Bishops is one important, visible way of showing that we are a continuation of the historical, original apostolic church; not the only way, but one important way.

Churches tend to gravitate toward regional leader/pastors naturally. Whenever a church without bishops organizes, over time, if it doesn’t want to totally disintegrate into independent congregations, it will elect regional leaders. It is inevitable! The early church wasn’t re-inventing the wheel with regional bishops. They were following both Hebrew and Roman patterns  of governance, and their hybrid was very practical and effective. Why re-invent the crook?

Sure, Bishops have at times gone rogue and done a lot of damage, but so have pastors and lay people. There is no foolproof system for preventing abuse, heresy, or mismanagement. However, the regional Bishop provides accountability to the pastors in the field, and the Bishop is also accountable to the councils of Bishops in each region (or province). The Bishop is also accountable to synods (governing bodies) and councils. This system, wisely constructed by our spiritual ancestors, has worked for almost two thousand years. It hasn’t worked flawlessly, but looking at history with a wide angle lens, it has done a better job that any other system of church governance.

We consider the Bishop to be the chief pastor of the churches in the whole diocese. The local priest is serving in the Bishop’s stead. This means that for us, the regional grouping of these local congregations is, in reality, our church. Our diocese is a local church with multiple congregations. This doesn’t always lead to church planting or resource sharing automatically, but it has that kind of latent energy in it. Most successful church planting movements have been regional rather than national. Even if there is a national push, it is the city, county, or town regions that end up finding out how to actually do the mission within their own cultures. The episcopal structure and the diocesan structure is ready-made for this.

Yes, we Anglicans are currently somewhat divided, yet it is our Bishops and Archbishops who are gathering to represent us and lead us toward unity. Archbishops representing the majority of the world’s eighty million Anglicans just completed a meeting in London this week. The Roman  Catholic Church is the world’s largest Christian body, with Bishops galore. It has held together for hundreds of years, and the system of governance is one important reason for that. In fact, there was one church worldwide for the first five centuries, before a rift opened up between the Coptic Orthodox Church and the rest of the Christian Church in 451 AD. This was followed by the Great Schism five hundred years later in 1054 AD, when the split occurred between the Roman Catholic Church and the Eastern Orthodox Churches. It wasn’t until many Protestant groups got rid of the system of Bishops in the 16th century that many hundreds of denominational splits occurred.

Makes you wonder. Statistically in our own day, the three largest Christian bodies in the world (Roman Catholic, Eastern Orthodox, and Anglican), along with the Coptic Orthodox Church all have bishops in apostolic succession. These represent about 70% of the world’s Christians. Anglicans believe that despite our current divisions, retaining and reforming our episcopal system of governance will only serve to help keep us united.

The question may arise if a church denomination has to have bishops to be truly Christian. No. Do we consider non-episcopal churches our brothers and sisters in Christ? Yes! But our beloved brothers and sisters are missing out on a blessing. Anglicans believe that one of our gifts to the unity of the worldwide church might someday be the restoration of the Christian episcopate. Someday, when other reformational churches are working with Rome and the East to try to figure out how we could possibly re-unite, the Anglicans would be ready to offer a bridge. We have a lot to receive from our non-episcopal sister churches, but we’d have that very important aspect of the historical Church to give to them.

So the next time you see a Bishop dressed in a funny robe and a tall, pointy hat, you may chuckle, but at least you’ll know why we insist on being decidedly old school when it comes to leadership.

The Rev. Canon Greg Goebel is the founder of Anglican Pastor. He is an Anglican Priest of the Anglican Church in North America and currently serves as the Canon to the Ordinary for the Anglican Diocese of the South.