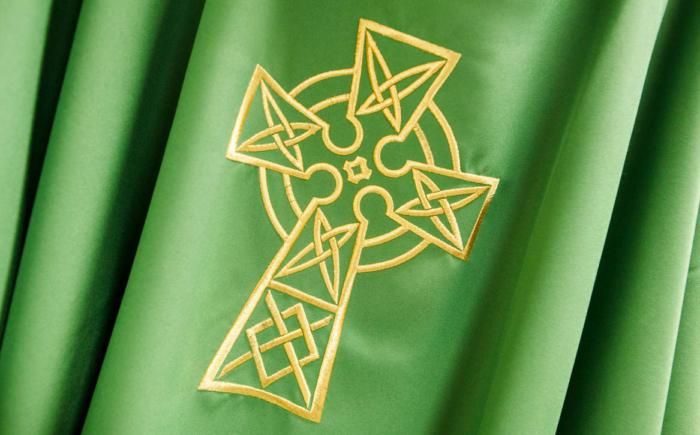 The following work on the Christian Calendar and the new ACNA prayerbook was written by the Rev. Matthew Brench, vicar of Grace Church in Fitchburg, MA:

What’s in a name?

The “green season” that occupies about half of the calendar year – from Trinity until Advent – is known by several names. And although many people use these terms synonymously, they each carry their own particular meaning and interpretation regarding the purpose and character of the season.  These names typically include “the season after Pentecost” or Pentecosttide, “the season after Trinity” or Trinitytide, and Ordinary Time.  Let’s take a look at these three interpretations of the calendar before getting to our own Prayer Book.

The idea of identifying the green season as that following Pentecost is a venerable tradition.  It’s not what the historic Anglican Prayer Books did, but it is attested in Eastern Orthodox tradition, as well as other early liturgical texts. For example, the West Saxon Gospels (among our oldest translations of the Bible into English, from the late 900’s) contain rubric lines identifying where certain Gospel readings are to begin, and they number Sundays and Wednesdays after Pentecost.[1]  Despite its apparent antiquity, this author has yet to find an extensive commentary on Pentecosttide as a distinct and cohesive season.  It is commonly asserted today that this season is about “living in the power of the Holy Spirit” or about “being the Church in light of Pentecost”, but a comprehensive commentary of the twenty-or-more Sundays has yet to give teeth to this theory.

That was the day the first half of the cycle (Advent through Pentecost) reached its culmination and turning point.  All the revelation about God covered in those seasons find their apex in the doctrine of the Trinity: God is One and Three.  As the Collect of the Day begins: ALMIGHTY and everlasting God, who has given unto us your servants grace, by the confession of a true faith, to acknowledge the glory of the eternal Trinity, and in the power of the Divine Majesty to worship the Unity…

But this day is also a turning point.  We have not only received this faith throughout the year to confess and worship God, but also: We beseech thee, that this holy faith may evermore be our defence against all adversities; who livest and reignest, one God, world without end.  Amen.

That is what the season of Trinitytide used to do: unfold like a discipleship course in how this faith may be our defense against all adversities.  You can read about this more extensively elsewhere.[3]  But in outline, here is how Trinitytide worked until the calendar was replaced in 1979:

Specific to modern Roman tradition, “ordinary time” is another title for this season, and here, it is actually the sum of both the green season that runs from Epiphany until Lent and from Trinity until Advent.  They number the Sundays continuously, picking up after Trinity where they left before Lent.

A popular misconception is that the term Ordinary Time conveys a “featureless” time of year with no aim or purpose.  It is fair to observe that, during this season, the modern lectionary has neither thematic unity like most other seasons nor a course of discipleship like the historic Trinitytide. But the term “ordinary” was actually meant to convey that which was “ordered” – counted and appointed, from week to week.

In terms of nomenclature, our new Anglican prayer book uses the term “Proper” for the Sundays of this green season, which is a slightly more technical version of the Roman Catholic term “Ordinary”.  The naming system of “Sundays after Pentecost” or “after Trinity” is also authorized on page 614.

Functionally, what we have in our prayer book is a hybrid of the Trinitytide and Ordinary Time mentalities.  We continue to use a version of the modern Revised Common Lectionary, based on the Roman Catholic lectionary as it was re-written in the 1960’s. From that angle, our green season is the same as the Roman Ordinary Time.  Our Collects for these Sundays, however, are (all but one) the same as the classic Prayer Book Trinitytide Sunday Collects.  From that angle, it is possible to salvage the classic Trinitytide course of discipleship and spiritual growth.  This two-sided reality – the Collects reflecting historic Anglicanism and the lectionary reflecting modern liturgical revisionism – is characteristic of the 2019 Prayer Book, boldly standing between the excesses of the 1979 Prayer Book and authentic Anglican liturgical tradition.

As a result, we’ve got an interesting resource in our new prayer book.  On the surface, it is largely informed by the often controversial 20th century liturgical revisions which signal a major break from our forebears. It also presents us with an opportunity to preach the many different passages of Scripture at the Sunday Eucharist.  But as we look at some of the details, like the Sunday Collects through this green season (whatever we call it), we find opportunities to rediscover our Anglican (and indeed generally Western Catholic) roots, and a wonderful counter of annual discipleship to foster our growth.  It is perhaps no accident that the liturgical color here is green: a color richly symbolic of growth in new life.

Fr. Matthew’s other theological writings can be found at the St. Aelfric’s Customary blogsite.