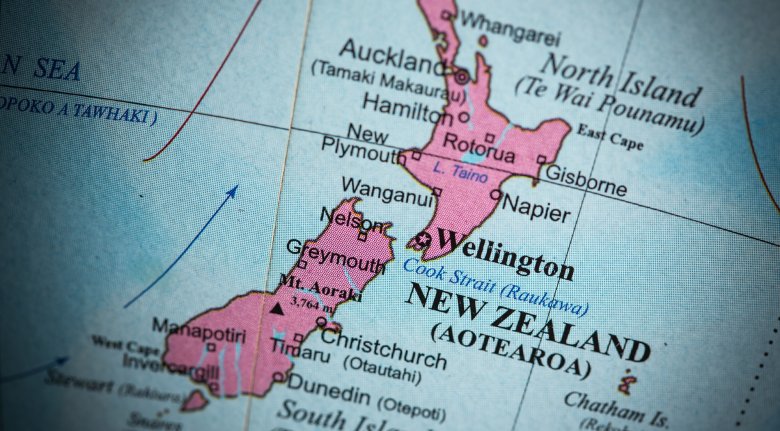 The following article was written by Charles Raven and published on the GAFCON website on November 21, 2019:

I have been privileged to visit New Zealand twice this year. On my first visit in May I had time to explore a little of this beautiful land from alpine mountains to the lush forests bordering restless volcanic lakes, but I am still haunted by the sight of the ruined Christchurch Cathedral, its west end still open to the elements after the spire collapsed in the 2011 earthquake.

My second visit in mid-October was for the consecration of the Revd Jay Behan as the first bishop of the new Church of Confessing Anglicans Aotearoa, New Zealand (CCAANZ), an extra provincial diocese under the oversight of the Gafcon Primates Council. While Christchurch Cathedral remains a ruin, courageous Anglicans in New Zealand are taking the first steps to restore the grievously damaged spiritual fabric of Anglican life and witness.

By its decision to allow the blessing of same sex marriages, the Anglican Church of Aotearoa, New Zealand and Polynesia’s (ACANZP) has forsaken ‘the foundation of the apostles and prophets’ (Eph.2:20) and hope for the future must now lie with this new diocese. It is small, consisting at the moment of just twelve parishes, but no one should underestimate the significance of this historic step.

New Zealand is now on a spiritual and well as geographic fault line of which attitudes to same sex marriage and relationships are just one indicator. The deeper issue is about the identity of Anglicanism itself. Are we primarily a confessional church, in the sense of being defined by a core doctrinal identity, or are we primarily an institutional church which has developed norms for managing conversations which never reach conclusions?

Whatever their views on the blessing of same sex marriage happen to be, it is quite clear on which side of the fault line the leadership of the ACANZP stand. Archbishops Donald Tamihere and Philip Richardson issued a statement following the Christchurch consecration in which they bemoaned ‘boundary crossing’, especially by bishops of the Anglican Church of Australia and went on to say, ‘the disrespect for the normal protocols of the Anglican Communion and the lack of courtesy shown to our church by these boundary crossing bishops is disturbing and we will be making an appropriate protest about their actions.’

Here we see the spiritual ruin of the old Anglican structures in New Zealand revealed just as starkly as the physical ruin of Christchurch Cathedral. Crossing the boundaries of apostolic faith and teaching is unremarkable and perfectly tolerable. What really offends these Archbishops is not false teaching, but the setting aside of ecclesiastical protocols, notwithstanding that the action is principled and aimed at restoring the very order those protocols were originally intended to preserve.

The greater tragedy of course is that this fault line is now being extended through the whole Anglican Communion by the Archbishop of Canterbury who has signalled with absolute clarity on which side of the fault line he stands by his decision to invite same sex partnered bishops to the 2020 Lambeth Conference, with faithful Anglicans in North and South America who are recognised by the majority of the Communion nonetheless relegated to the status of ‘ecumenical observers’.

There will be many more tremors and worse to come, but we can take heart that an ever growing number of global Anglicans are looking to that ‘kingdom which cannot be shaken’ (Hebrews 12:28).