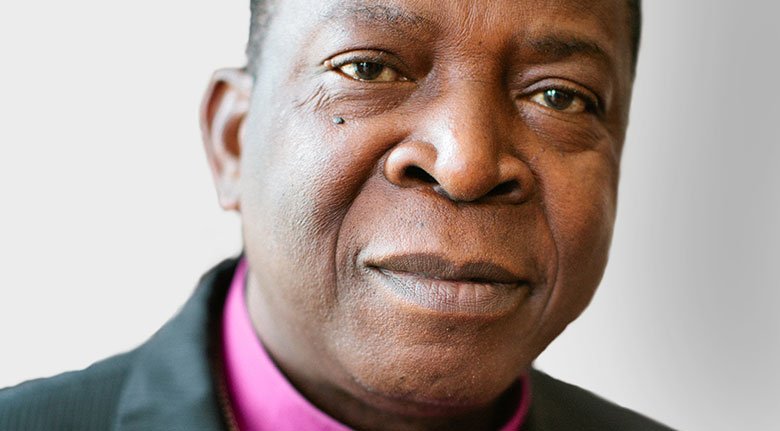 To the Faithful of the Gafcon movement and friends from Archbishop Nicholas Okoh, Metropolitan and Primate of All Nigeria and Chairman, the Gafcon Primates Council:

‘His intent was that now, through the church, the manifold wisdom of God should be made known to the rulers and authorities in the heavenly realms, according to his eternal purpose that he accomplished in Christ Jesus our Lord.’ – Ephesians 3:10,11

My dear people of God,

Receive New Year Greetings in the name of our Lord Jesus Christ who is the Alpha and Omega, the First and the Last, the Beginning and the End.

At our great assembly in Jerusalem last year, we gathered around the theme of ‘Proclaiming Christ Faithfully to the Nations’ so it is very appropriate that we begin a new year with the celebration of the Epiphany, the revealing of Jesus as God’s Son to the nations.

In the gospel God’s amazing grace continues to shine forth and brings about a new humanity from the four corners of the earth as we join the Magi and bow before the Son of God in joyful worship. According to St Paul, the church’s wonderful unity in Christ reveals the ‘manifold wisdom’ of God, not only on earth, but also in the heavenly realms. So as we play our part by drawing together faithful Anglicans from around the globe, from all their different cultures, we not only witness to the world, but we are also the theatre in which the wisdom of God is demonstrated to angelic powers.

This was the profound spiritual context of our great assembly in Jerusalem last year and will be equally true as those who were unable to join us in Jerusalem due to travel restrictions gather in Dubai at the end of February.

Such a wonderful privilege and responsibility should surely drive us to our knees in reverent dependence upon the Spirit of God. It should also make us passionate upholders of biblical truth, because it is through the Scriptures that God’s wisdom is taught to the Church.

The choice before us as a global communion is between this revealed wisdom of God and the wisdom claimed by secular ideologies. For a while the reality of this fork in the road can be obscured by an insistence on dialogue in its various guises such as ‘indaba’, ‘good disagreement’ and ‘walking together’, but in the absence of godly discipline, false teaching will continue to spread.

In the Church of England, just before Christmas, this process reached the point where its bishops took the unprecedented step of giving official guidance for what they described as ‘services to help transgender people mark their transition’ and it will be incorporated into ‘Common Worship’ (a range of services authorised by General Synod).

The guidance states that ‘the House of Bishops commends the rite of Affirmation of Baptismal Faith as the central feature of any service to recognize liturgically a person’s gender transition’. A form of service which is intended to mark a renewed commitment to Christ and the new life we receive through him is instead used to celebrate an identity which contradicts our God-given identity as male and female (as affirmed by Jesus himself in Matthew 19:4) and is still controversial even in secular society.

Although Lambeth Resolution I.10 of 1998 did not directly address gender transition, by taking this step, the Church of England is rejecting biblical authority in a similar way to TEC and other revisionist Provinces which have permitted same sex marriage.

So, much as we thank God for the rich history represented by the See of Canterbury, we cannot avoid the sad truth that insistence on full communion with Canterbury as an essential mark of belonging to the Anglican Communion now risks jeopardising the apostolic faith itself. Let us pray that there will be repentance and that God will give courage and boldness to those who remain faithful.

Finally, I commend to your prayers this month our new General Secretary, Archbishop Ben Kwashi. He is a great evangelist, teacher and a leader of outstanding courage and we pray that the wonder and glory of the gospel of Christ which has so captured his heart will capture all our hearts also in the year ahead.

The Most Rev’d Nicholas D. Okoh
Archbishop, Metropolitan and Primate of All Nigeria and Chairman, the Gafcon Primates Council