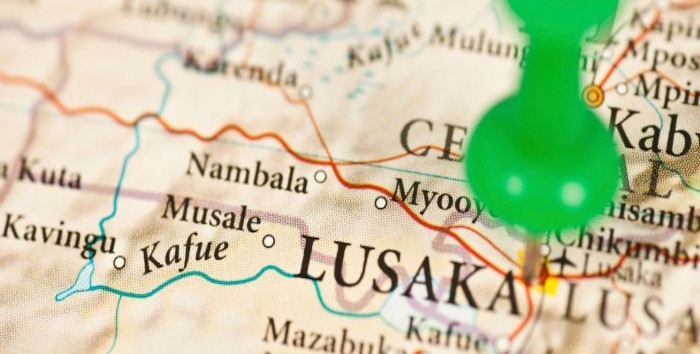 In January 2016, most of the world’s Anglican archbishops attended the Primates Council in London to discuss various topics, the most significant of which was the discipline The Episcopal Church (TEC) and the Church of Canada. One of the decisions made, expressed through the official communique, was a disciplinary injunction on TEC for three years, during which it could not vote on any doctrinal or ecclesiastical concerns or represent the Anglican Communion in any ecumenical, worldwide function.

The Anglican Consultative Council (ACC), another means through which the Global Communion has attempted to maintain unity, will be meeting starting this week in Lusaka, Zambia. The ACC Chair has declared that he will allow TEC to attend and to vote, with TEC also refusing to adhere to the agreement arrived at during the January Council. The Churches of Kenya, Nigeria, Uganda and the Middle East have all chosen to withdraw. The Archbishop of Canterbury has, thus far, done or said nothing to support the decisions made together in London.

The following essay, entitled, “Fool Me Once, Shame on You,” is written by the Rev. Canon Phil Ashey, CEO of the American Anglican Council, and is a good overview of the latest events and the significance of the upcoming meeting in Lusaka.

The Primates of the Churches of Nigeria, Uganda and Kenya have all stated that they will not be attending the upcoming meeting of the Anglican Consultative Council (ACC-16), another supposed “Instrument of Unity” holding the Anglican Communion together.  ACC-16 meets in just a few weeks, April 8-19, in Lusaka Zambia.

As many of you know, the Primates of these largest Churches in the Anglican Communion gave a variety of compelling reasons for not attending. Archbishop Okoh (Nigeria) explained that the Church of Nigeria would not attend ACC-16 because of the Episcopal Church’s campaign in and through ACC-16 to walk orthodox Anglicans into “a well-rehearsed scheme to apply persuasion, subtle blackmail and coercion against those standing with the Scriptures on human sexuality.”

Archbishop Wabukala said the Anglican Church of Kenya will not attend ACC-16 because (a) TEC’s Presiding Bishop has made clear that, in defiance of the limits the Primates placed on TEC not to vote on matters of doctrine and polity, he expects his delegation to participate fully at ACC-16, and (b) Bishop Tengatenga, the Chair of ACC-16, has announced publicly that TEC will participate fully and without restriction because they cannot be compelled to withdraw from the meeting.  Archbishop Ntagali has stated that Uganda will not participate because the Anglican Communion has failed to restore godly order to itself in the face of a clear history of apostate acts by TEC going back to 2003.

When the Anglican Communion’s largest provinces refuse to participate in ACC-16, it indicates a lack of trust in Archbishop of Canterbury Justin Welby, who they met with just a few weeks ago in January.

(a)    Only those present will be able to make their voice heard and their vote effective;

(b)   The East African Revival teaches us that we are all sinners and need to “walk in the light” with each other by acknowledging our sins, confessing our sins and repenting of them; and

(c)    The Primates should work closely together because “individual provinces are autonomous but interdependent.”

Let’s unpack the obvious response to each of these pleas:

(a)     The Primates of Nigeria, Kenya, Uganda, other GAFCON and Global South provinces met at a gathering in Canterbury January 11-15.  They made their voices heard and their votes effective in applying sanctions to TEC which included restrictions in its participation on ecumenical Standing Committees, no voting on matters of Anglican doctrine and polity, and reviewing and repenting of its unilateral changes to the doctrine of marriage.  Then the Primates left and the Canterbury apparatchik did what they always do—they reinterpret, spin and change the decisions of the Primates. Within hours, the Archbishop of Canterbury himself at the press conference stated four times that there were no “sanctions” but rather “relational consequences.”  Despite the enhanced responsibility of the Primates for faith and order of the Communion affirmed in Lambeth Resolution III.6 (1998), the ABC has been absolutely and thunderously silent in the rejection of that very authority by the Chair of ACC-16!  It has caused Primates who were at that gathering to wonder silently and aloud, who is in charge?  What was the reason for the Primates’ gathering that the Archbishop Welby implored them to attend if it had no such authority to discipline TEC?  If Archbishop Welby himself has nothing publicly to say to Bishop Tengatenga and ACC-16 about the well-recognized authority of Primates to guard the faith and order of the Churches of the Anglican Communion, why should they waste their time, their voice or their vote in a forum which has publicly committed itself to defying their latest voice and vote?

(b)   The Archbishop of Canterbury rightly refers to the need for repentance and confession, which was such a feature of the East African revival.  But in this case, not only is there a failure to recognize homosexual activity as a matter of repentance and confession, the London based Anglican Communion office has entrenched homosexual practice as a norm through “continuing Indaba.” The only “repentance” these London based Anglican authorities demand is repentance from “homophobia”—a term that has been utterly compromised by the net it casts on any opposition to the homosexual agenda. Instead, Anglican authorities eagerly promote “continuing Indaba,” a Delphi-lite technique which is based on the assumption that the Bible’s teaching on homosexuality and marriage is not clear, despite two thousand years of Christian history. “Indaba” assumes that the only possible repentance in this case is from anything that is not politically and socially correct.

By contrast, Lambeth Resolution III.5 (1998) affirmed the clear standard of the Bible, that “the Holy Scriptures contain all things necessary to salvation and are for us the rule and ultimate standard of faith and practice” (Emphasis added).  Faithfulness to THIS standard, including confession and repentance, must therefore acknowledge the whole of Lambeth Resolution 1.10 (1998) including “rejecting homosexual practice as incompatible with Scripture.”

(c)    Are autonomy and interdependence, alone and apart from a common standard of faith in Scripture, reasons for us to walk together?  The Archbishop of Canterbury pleads for this elsewhere in the letter “within the acceptable limits of diversity.” But of course this merely begs the question.  If TEC and the Chair of ACC-16 can disregard Scripture and the collegial mind of the Communion with impunity, what meaning can there possibly be to Canterbury’s plea for the primates to work together within “the acceptable limits of diversity.”?

The Primates of Nigeria, Uganda and Kenya rightly discern that the Welby’s notion of “the limits of Anglican diversity” is merely a moving target.  His failure to challenge publicly the repudiation of Primates as principal bishops entrusted with the faith and order of the Church speaks volumes on the eve of ACC-16.

And so, as Primates of GAFCON and the majority Global South reflect on the rapid unraveling of their January 11-16 gathering, their voice and vote, their decisions and a new plea from the ABC on the eve of ACC-16, one has to wonder if that famous dictum has crossed their minds: “Fool me once, shame on you. Fool me twice, shame on me . . .” 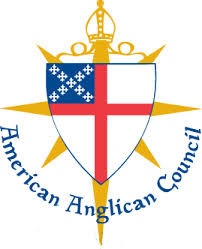