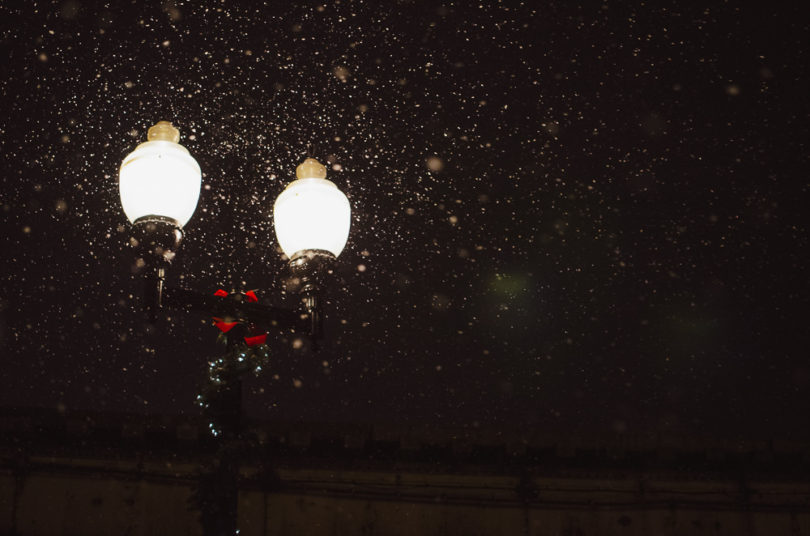 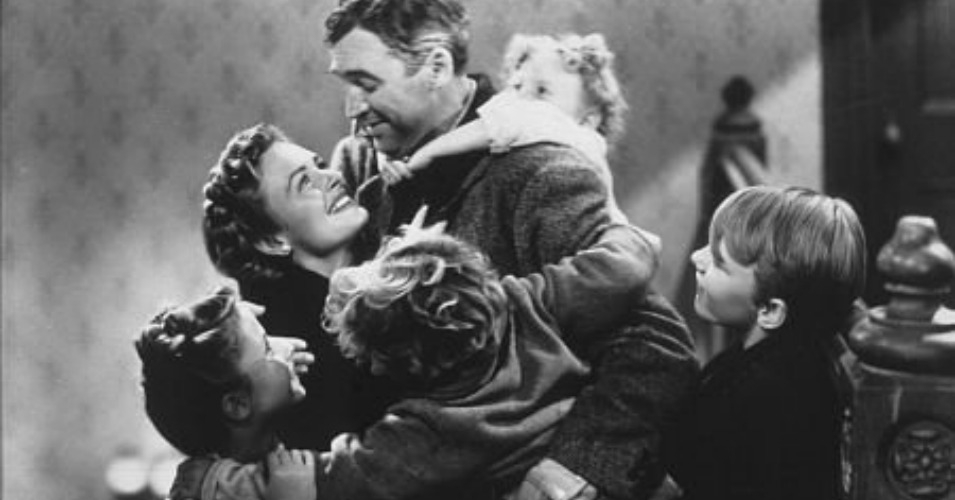 We have an enduring tradition as part of our family’s Christmas: to settle down before the fireside and return to the town of snow-swept Bedford Falls as we relive Frank Capra’s It’s a Wonderful Life.

In 1945, the movie director, Frank Capra, was handed a script. He read just two pages and would later write, “A good man with ambition is so busy helping others that life seems to pass him by. In a moment of desperation, he wishes he had never existed. And through the eyes of a guardian angel, his wish is granted. George Bailey sees the world as if he had never been born. What an idea!”

It’s a Wonderful Life reached movie theaters in time for Christmas 1946. Six decades later it is an American classic and has claimed a place in the heart of a nation. There are so many iconic moments in this movie, but for me, the most poignant is our hero, George Bailey, sitting at a bar on Christmas Eve at his wit’s end. Do you remember his prayer? 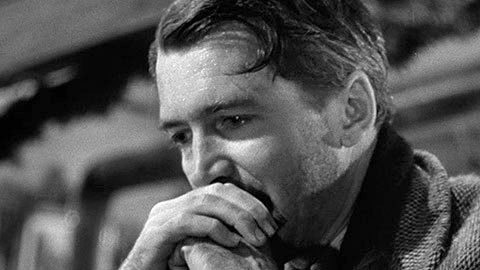 “Dear Father in heaven, I’m not a praying man,
but if you are up there and you can hear me, show me the way.
I’m at the end of my rope. Show me the way, God.”

The actor Jimmy Stewart later wrote, “As I said those words, I felt the loneliness, the hopelessness of people who had nowhere to turn, and my eyes filled with tears. I broke down sobbing. This was not planned at all, but the power of that prayer, the realization that our Father in heaven is there to help the hopeless, had reduced me to tears.”

George Bailey is the guy who is going places: “I’m shakin’ the dust of this crummy little town….I’m gonna build things. I’m gonna build airfields, I’m gonna build skyscrapers a hundred stories high, I’m gonna build bridges a mile long…” but George’s big dream is beset with setback after setback, again and again and again. As we pick our way through the debris of George’s shattered dreams you might think that all there is, is rubble. But as you examine each of these setbacks more closely you discover a trail of grace. George’s setbacks and disappointments are transformed into stepping-stones toward an unimaginably bigger hope and future – both for him and the entire town of Bedford Falls.

If you think about it, the original Christmas Eve could hardly have looked like a major victory! “You will find a baby wrapped in swaddling cloths and lying in a manger…” (Luke 2:12)

That God should take on our frail flesh and be born into straw poverty feels like something of a divine setback. And yet, because we know the end of the story, we see that it was actually one of God’s most successful setbacks!

With God, isn’t it often true that the way up is down? The way forward is backward. The way to life is through divinely appointed – or at least “divinely adopted” – setbacks. Each one of us has setbacks and disappointments. And no matter who we are or how deep our particular setback or darkness this Christmastide: facing the end of a relationship, the loss of a friend or relative, financial struggles… they don’t go away over Christmas. We think that somehow, they should be all patched up in advance – that somehow to enter into the fullness of the joy of Christmas our life should be “setback” free. The good news broadcast over the skies of Bethlehem to some startled shepherds is that God Himself enters our darkness and is with us. The very darkness or setback we think disqualifies us from Christmas can actually become the place where the light of Christ shines brightest.

Capra concluded his legendary movie with the singing of a carol. It is the same one that was being hammered out on the piano by one of George’s daughters when he first came home desperate on Christmas Eve. Then, he could not bear to hear it. “How many times does she have to play that stupid carol?” Now, with a room full of friends and family, they sing, “Hark! The Herald Angels Sing” The third verse tells us,

“Mild He lays His glory by, born that man no more may die,
born to raise us from the earth, born to give us second birth.”

George was the man who thought it was all up to him. What he discovered was that God had already orchestrated a miracle of love to rescue him. Does God still do this? Does God still respond to fervent prayer? The baby who was born in the manger is the same Jesus who would later give us His word of promise, “Ask and it will be given to you; seek and you will find; knock and the door will be opened to you. For everyone who asks receives; the one who seeks finds; and to the one who knocks, the door will be opened.”
(Luke 11:9)

May His light fill your lives and all your preparations and festivities this year!

In His great love,