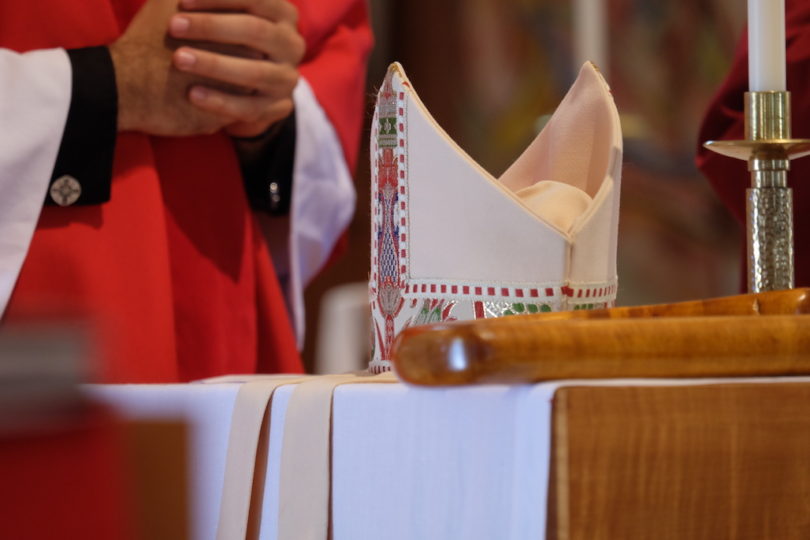 The following piece was written and presented by Gary Monserud, our Diocesan Chancellor, regarding the process we took to arrive at our episcopal election, which took place on Saturday, November 17, and resulted in the election of The Rev. Andrew Williams as the second bishop of New England.

At this Synod, fall 2018, we have a sacred obligation: namely, to elect a new Bishop for the Anglican Diocese in New England. Our new Bishop will be our teacher, our chief pastor, and a successor to the Apostles in the proclamation of the Gospel. We have come to this time of decision through an orderly process. At the diocesan Synod in November, 2017, the delegates amended the diocesan canons by adopting a revised Canon II on “The Election of a Bishop.” Canon II provides a clear, orderly, and transparent process for the election of a Bishop.  In particular, Canon II provides that there shall be a Committee on Nominations for Bishop, consisting of three (3) clergy, and four (4) lay persons, with the current Bishop serving as a non-voting ex officiomember.  Committee members may be appointed by the Standing Committee for the Diocese or may be elected at Synod. The latter course was taken. At the Synod in November 2017, the following clergy were elected to the Committee on Nominations: Rev. Micah Thompson, Rev. Canon Susan Skillen, and Rev. Leah Turner. The following lay persons were elected: Bill Harper, Amy Howard, Jeff Newman, and Anna Vickerman. The Reverend Canon Susan Skillen was chosen to chair the Committee.

The Committee on Nominations screened eleven nominees to determine which ones met the criteria established by the Provincial Canons and by the Synod. In accordance with Canon II, the Committee sought “through a prayerful process of discernment and interviews” to “arrive at a slate consisting of no more than five names.” The Committee worked hard, and prayerfully, and in Godly harmony arrived at a slate of two candidates for Bishop whose names were put before the Diocese in September. Biographies and narratives of the personal faith journeys of the two candidates selected were then posted and have remained posted on the diocesan website. The two candidates, and their wives, were available for walk-abouts at three places in the diocese, including All Saints Cathedral; they met with delegates and others. Each answered many personal questions and questions on ecclesiastical and theological issues. The entire process has been carried out in accordance with Canon II of the diocesan canons and in accordance with the canons and Constitution of the Anglican Church in North America. The process has been orderly, thorough, and transparent.  The clear implication is that no other names may be placed in nomination at this Synod. The delegates at this Synod, all persons with voting rights, must choose between the two candidates who will be put forward.

To read more about our new Bishop Elect, visit the Election News page!