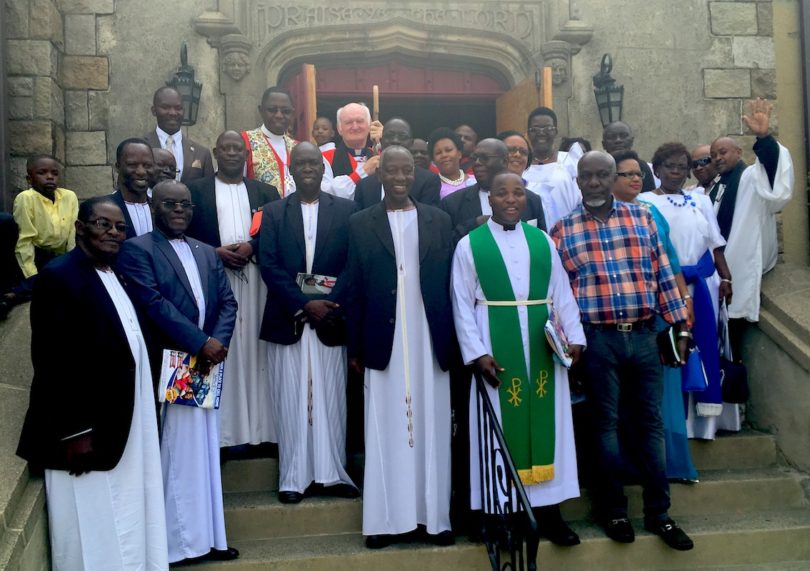 On Sunday, June 18, St. Peter’s Anglican Church of Uganda, Belmont, held a 10th anniversary celebration. Ugandan Archbishop, The Most Rev. Stanley Ntagali, presided over the service, which was both in English and Swahili. He was accompanied by Bishop Bill as the congregation celebrated its accomplishments over the years and the ways God has provided for them.

The story of St. Peter’s began on Christmas Day, 2006, when they held their first service in Waltham, MA. The church grew in their first year and eventually, after their break with The Episcopal Church, found their new worship space at the current location, First Baptist Church of Belmont. Since its founding, St. Peter’s has been pastored by The Venerable Dr. Alex Kasirye-Musoke, Archdeacon of our Ugandan congregants. We are thankful for his hard work and service.

The following was written by Ven. Alex for the occasion of their tenth anniversary:

Whenever the name “St. Peter’s Anglican Church of Uganda, Boston” comes to mind, my first words are always, “Thank God for St. Peter’s”. I am thankful to God for St. Peter’s because it became and continues to be my mother in the Diaspora, who has nurtured me and made me strong enough to raise my children as responsible citizens. . .

St. Peter’s is very well-known, not only in Boston but also in America and beyond American borders, as a body of believers who follow Christ, preach the Good news by thought, word, and deed, and work in solidarity with others, to make America a better and more civil society. In its ministry, St. Peter’s aims at invigorating and nurturing people of faith who are ready to work for peace, love, and the unity of all God’s people . . .

As one of the prime leaders of St. Peter’s, who has been there since its birth and inception, and now as Archdeacon, I have relied on St. Paul and the Reformation theology of grace to build a strong community of believers. It is by grace alone that we are saved, by grace that we have been built up into a viable community of salvation, which combats enslavement in any form it presents itself and tries its best to preserve our human virtues.

Our success in the last ten years has been hinged on our understanding and preservation of our identity and mapping of our mission as a church in the [Ugandan] Diaspora, for the Christians in Diaspora, ready to do mission for each other. We are now on the threshold, knowing who we are and yet forging what we and our children will become in the future. We believe that through Christ we became new beings, a new creation or new humanity. We are not individuals but a formidable group of people who are interconnected, each crying with others in times of sorrow and laughing with those who are laughing . . .St. Peter’s, as a church on mission, has been able to change us into the likeness of Christ and turn us into people who live for others. We have been instilled with a sense of worth and a readiness to love the unlovable and serve those who may never even appreciate our efforts to make and keep their lives better. At the end of our ten years together, we are thankful and proud to say that as a Church we have been transformed by Christ, who lives and works in and through us. We are a blessed community of believers who constantly work towards total transformation of others for the sake of Christ.

As the Anglican Diocese in New England, let us take this opportunity to offer a prayer of thanksgiving for St. Peter’s and congratulate them who, in only ten years, have given their love, time, money, and talent to build a formidable community of believers. We are grateful for their presence among us.

Check out the celebration service photo gallery below: 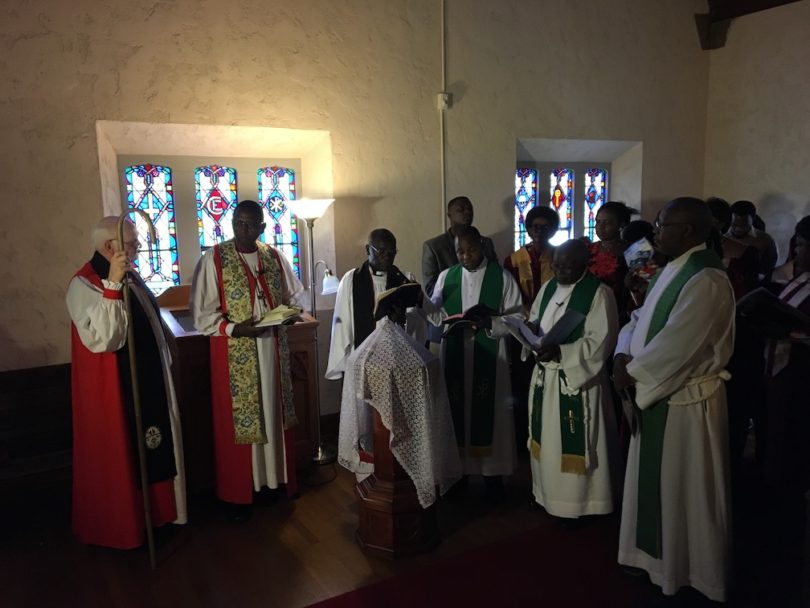 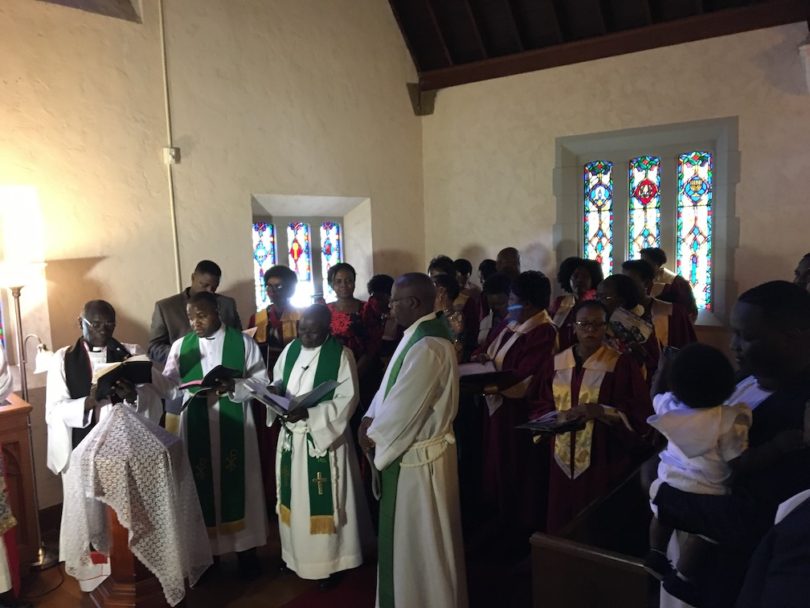 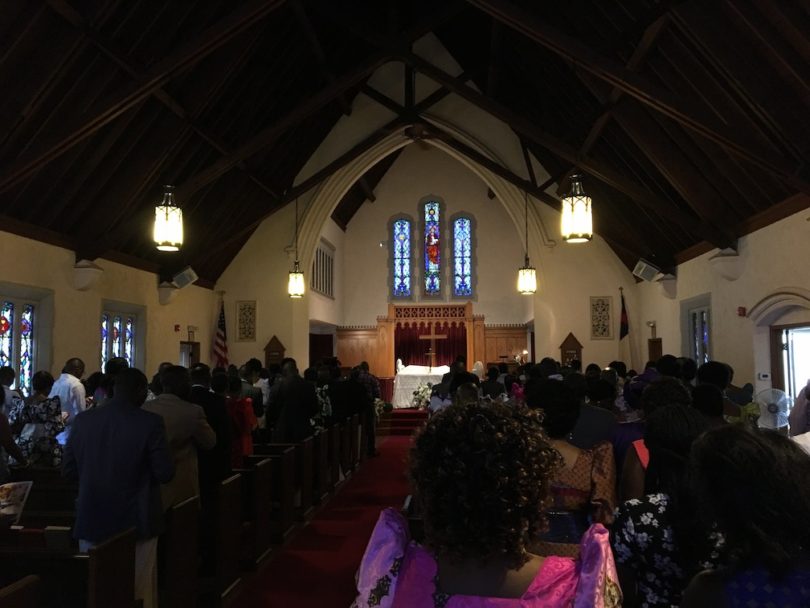 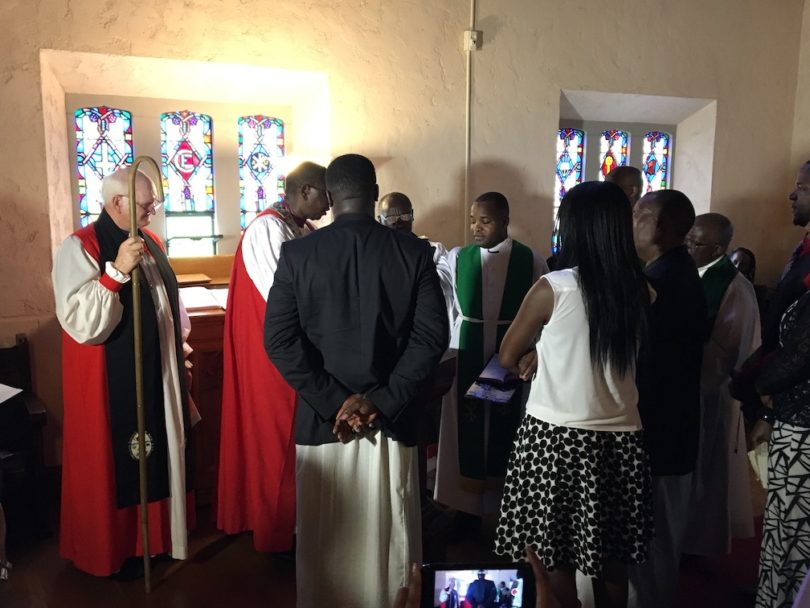 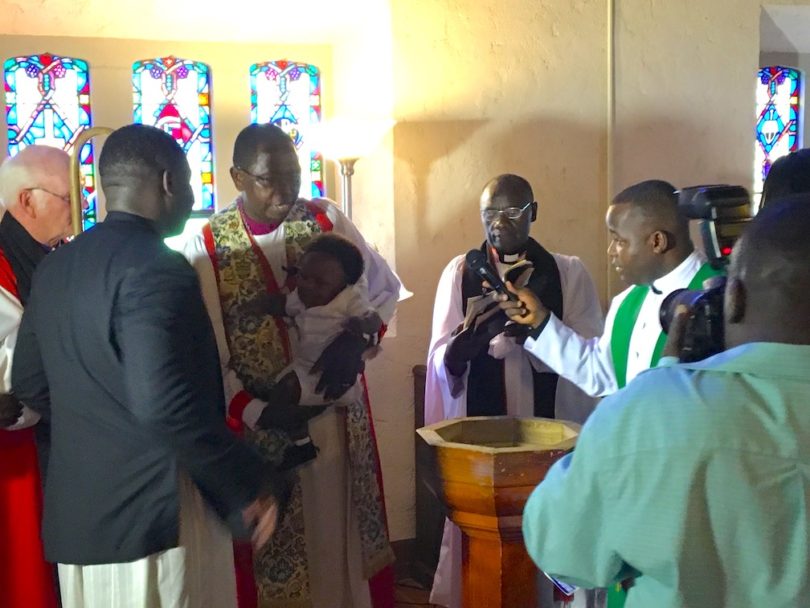 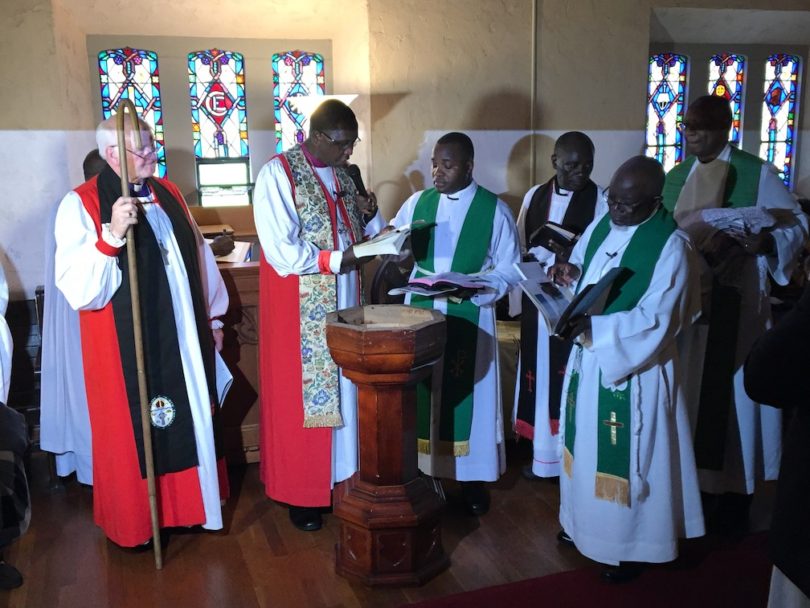 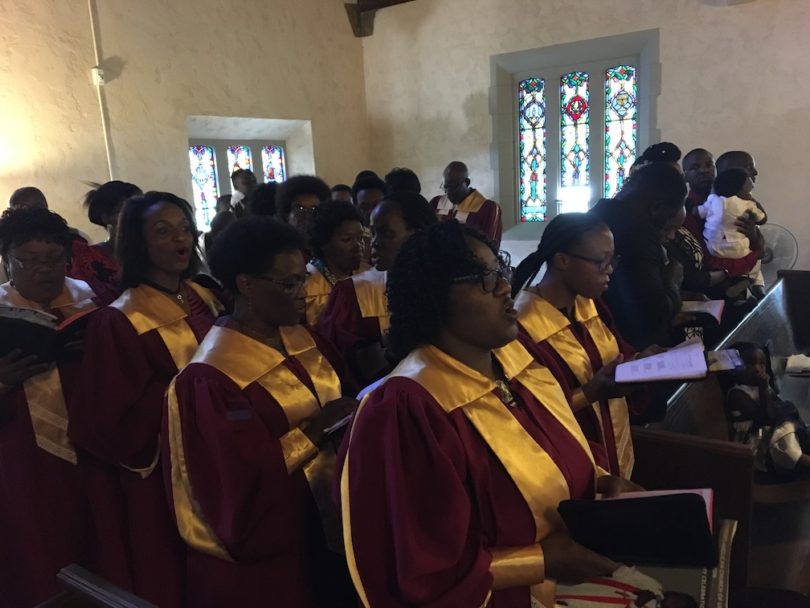 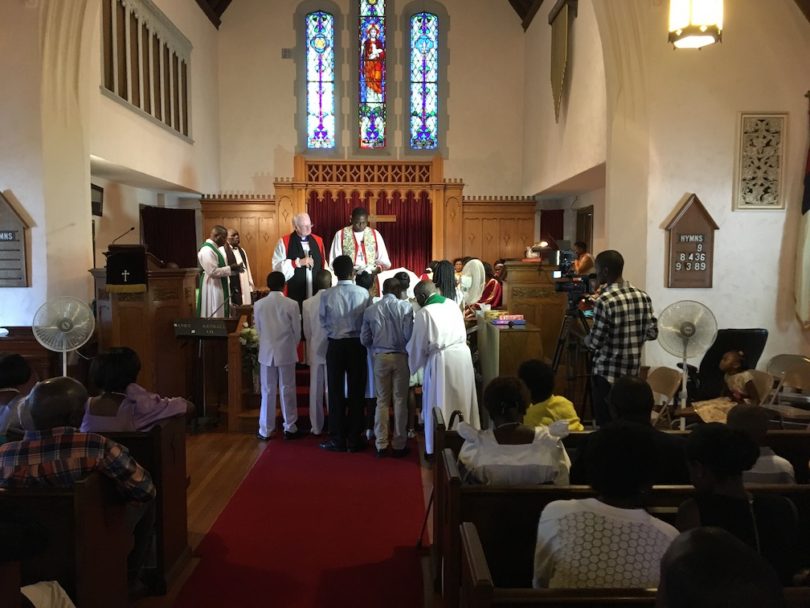 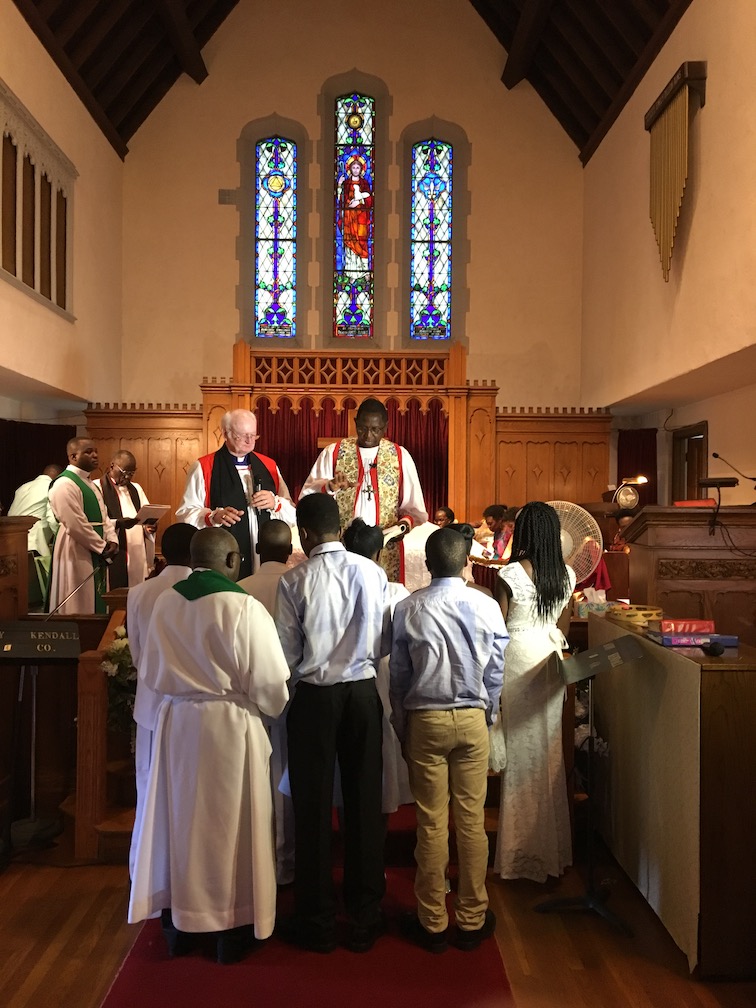 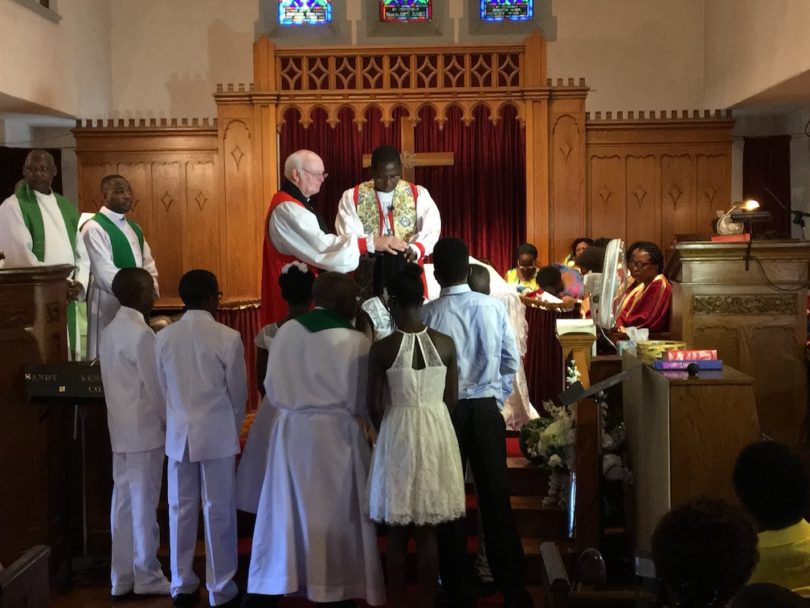 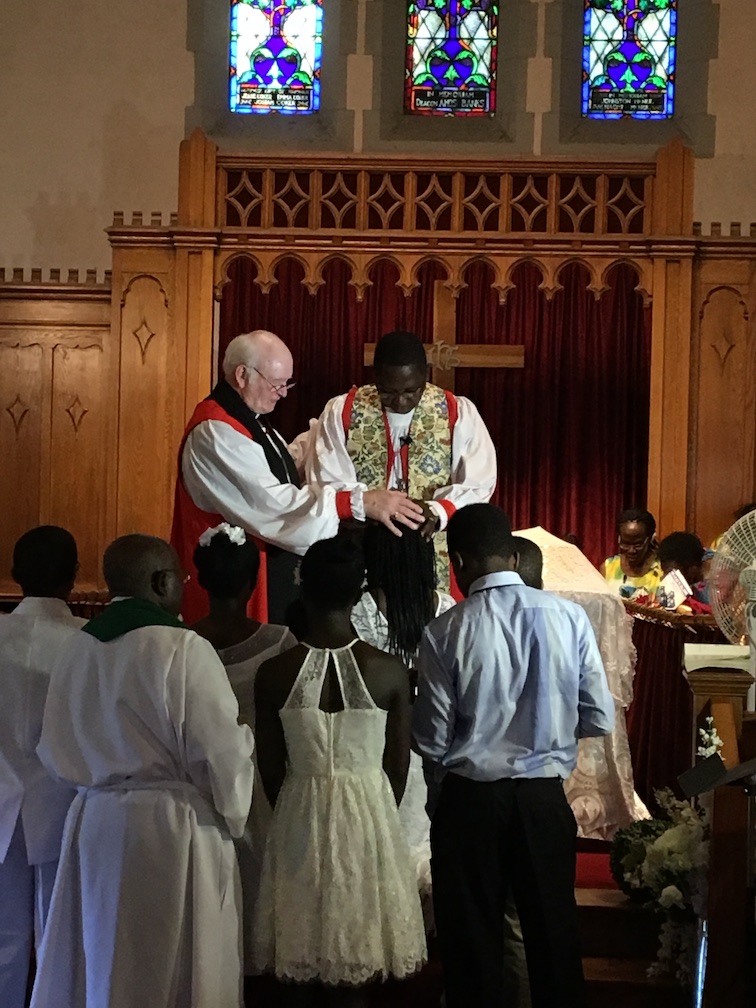 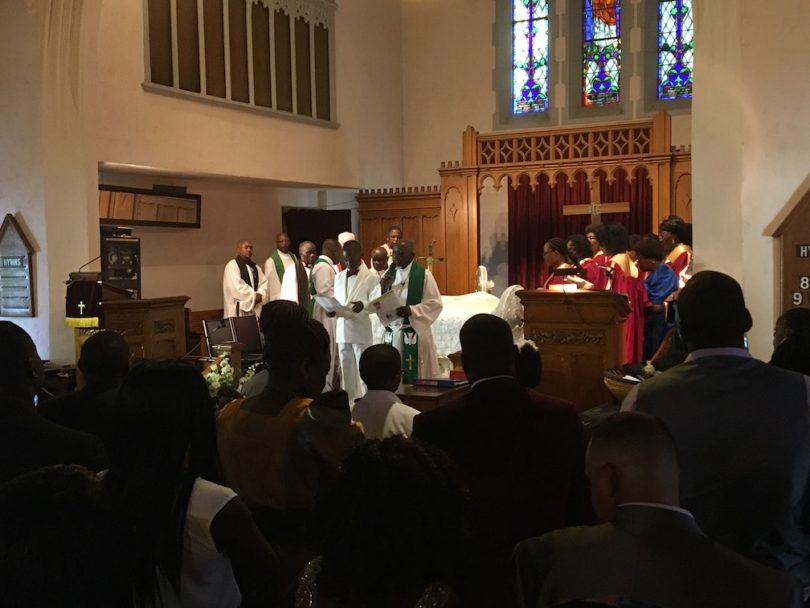 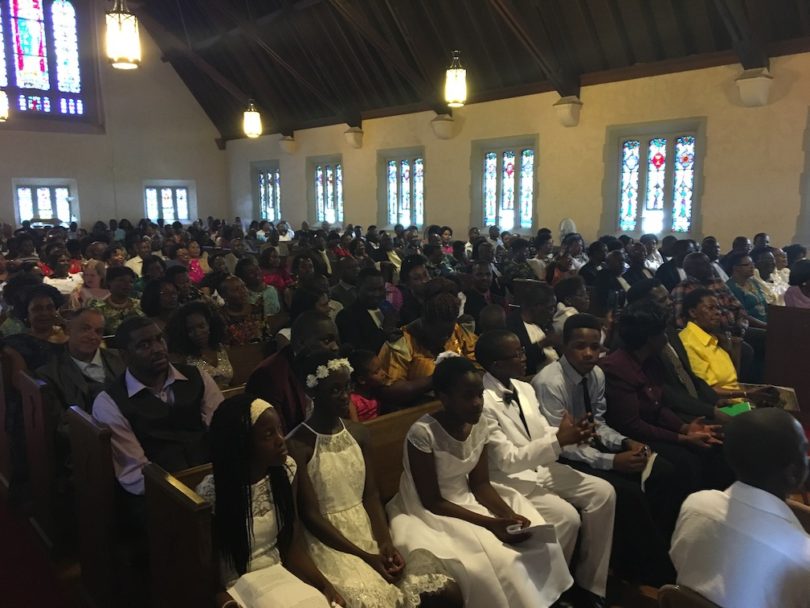 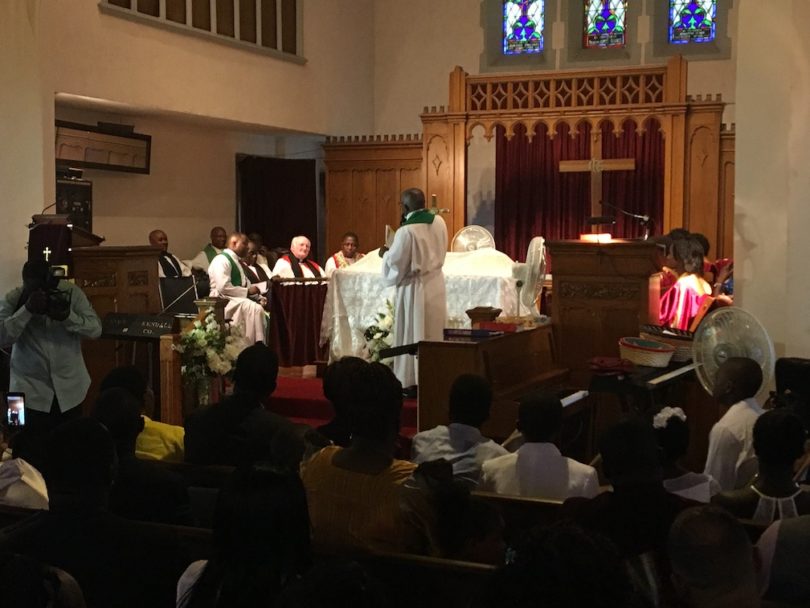 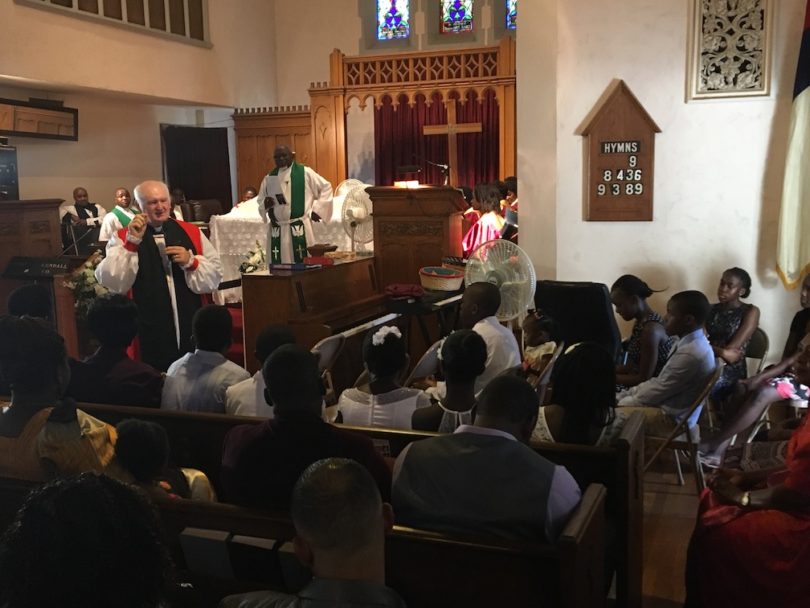 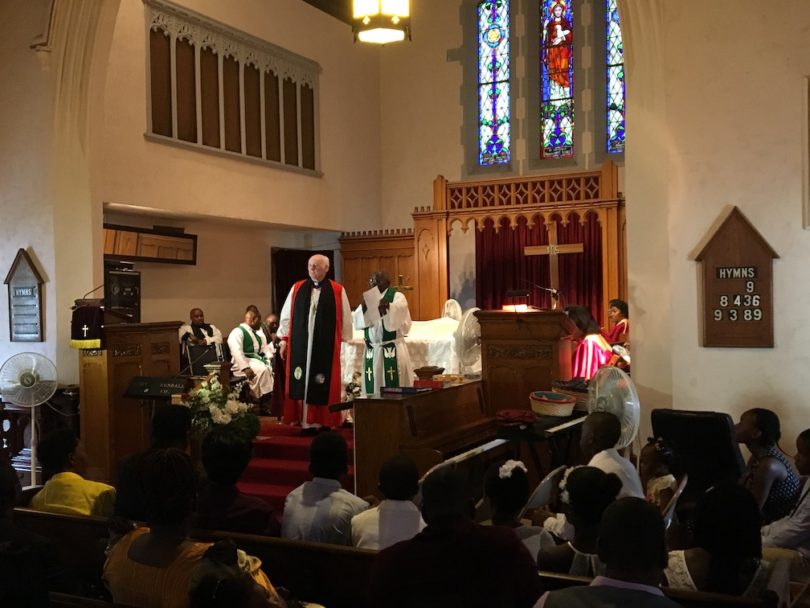 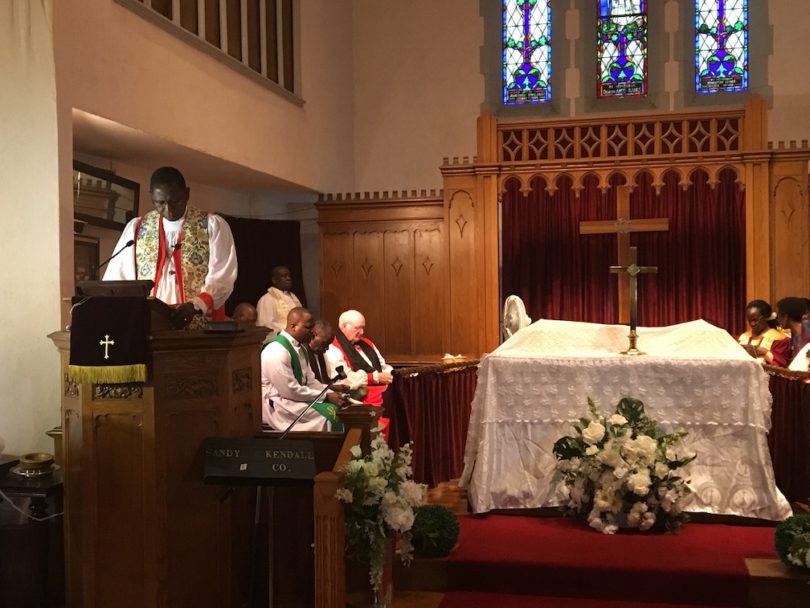 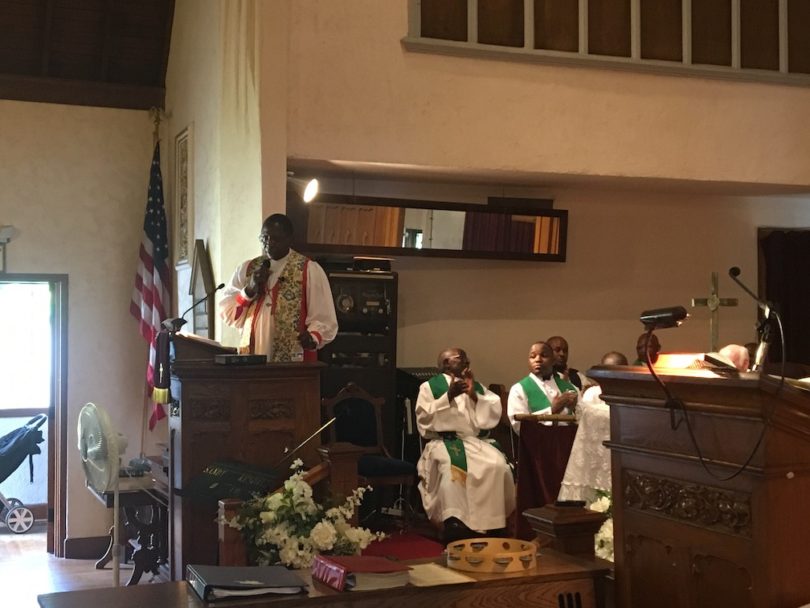 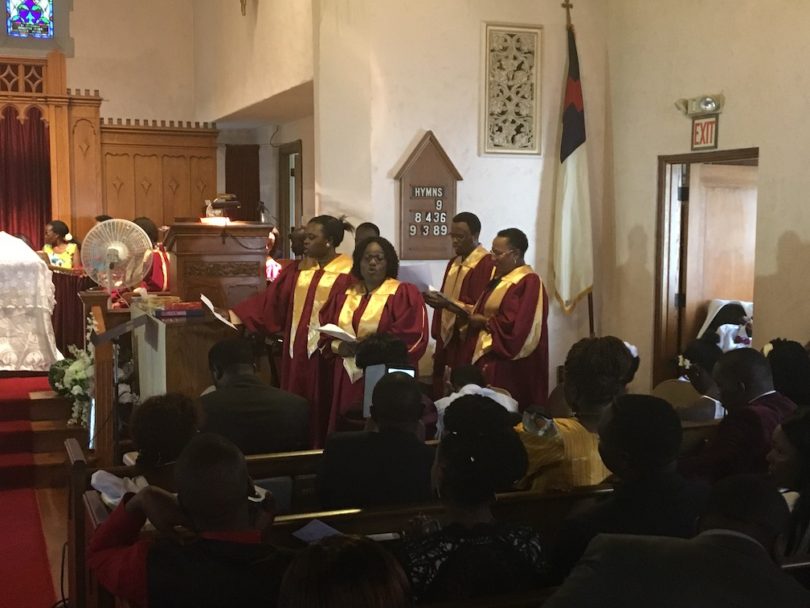 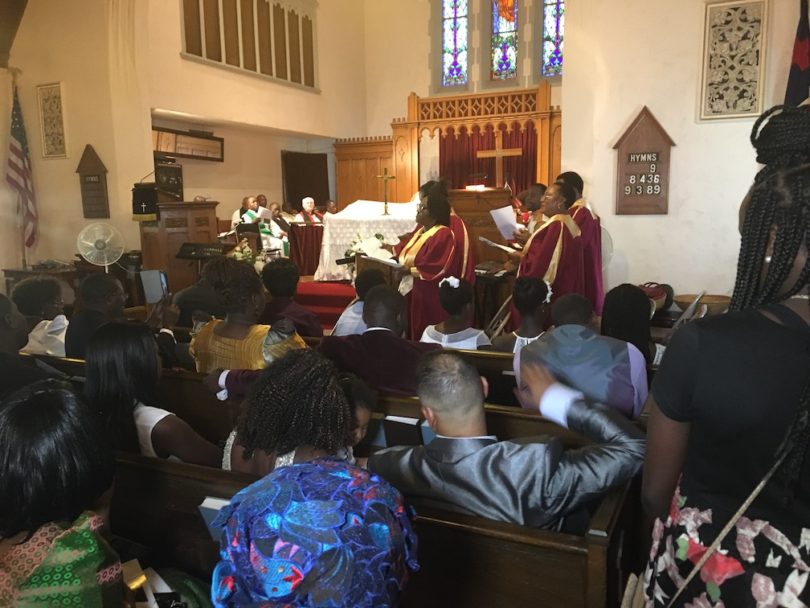 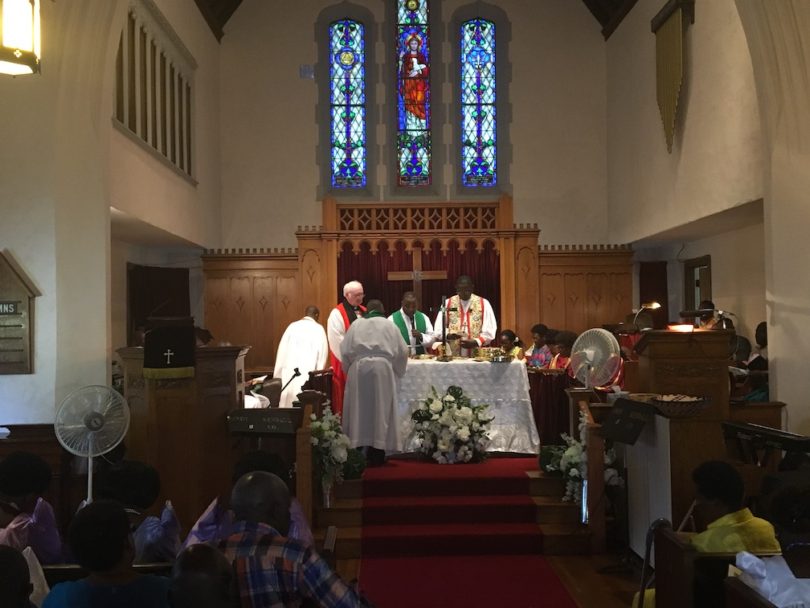 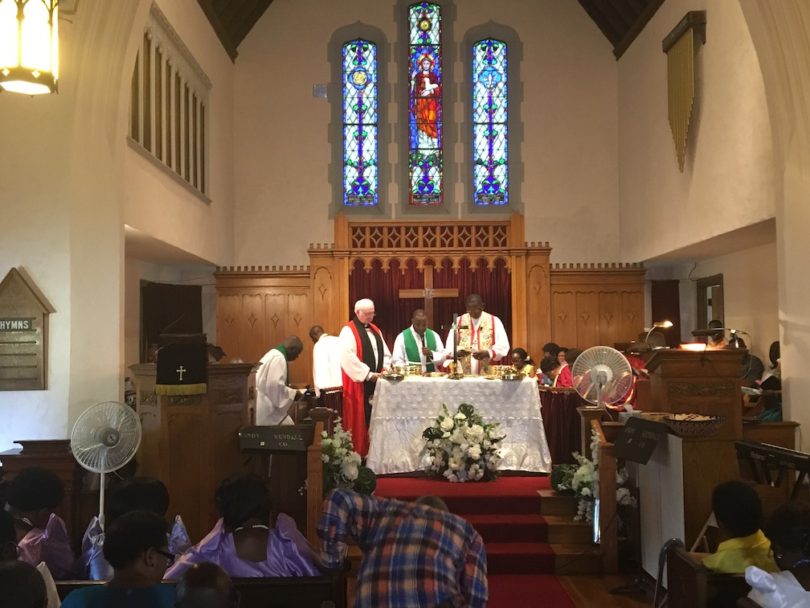 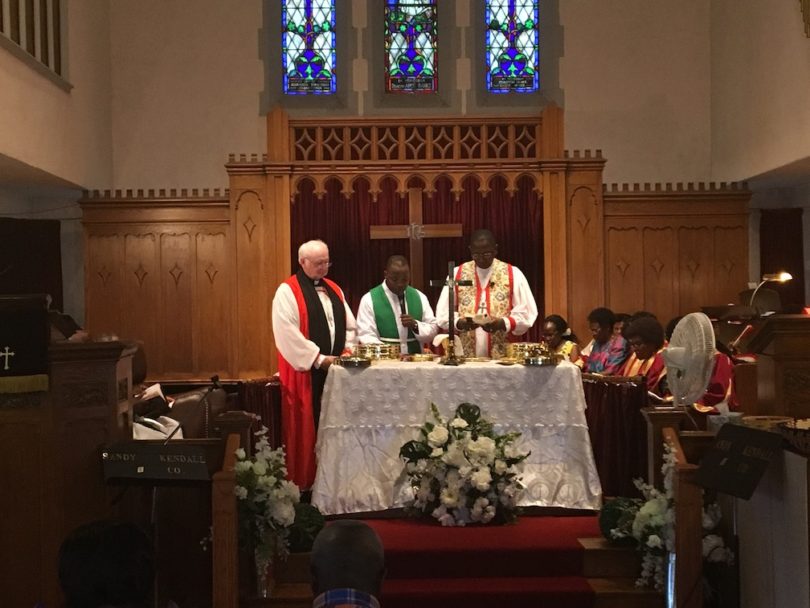 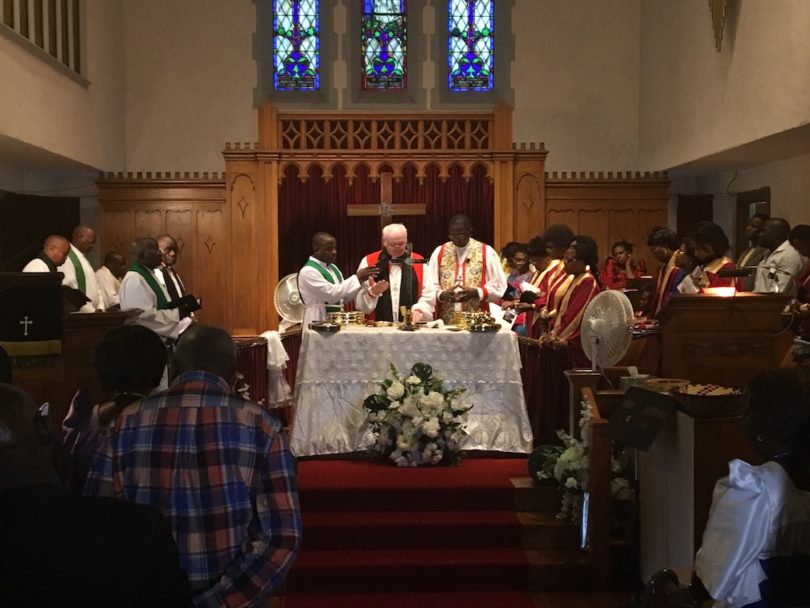 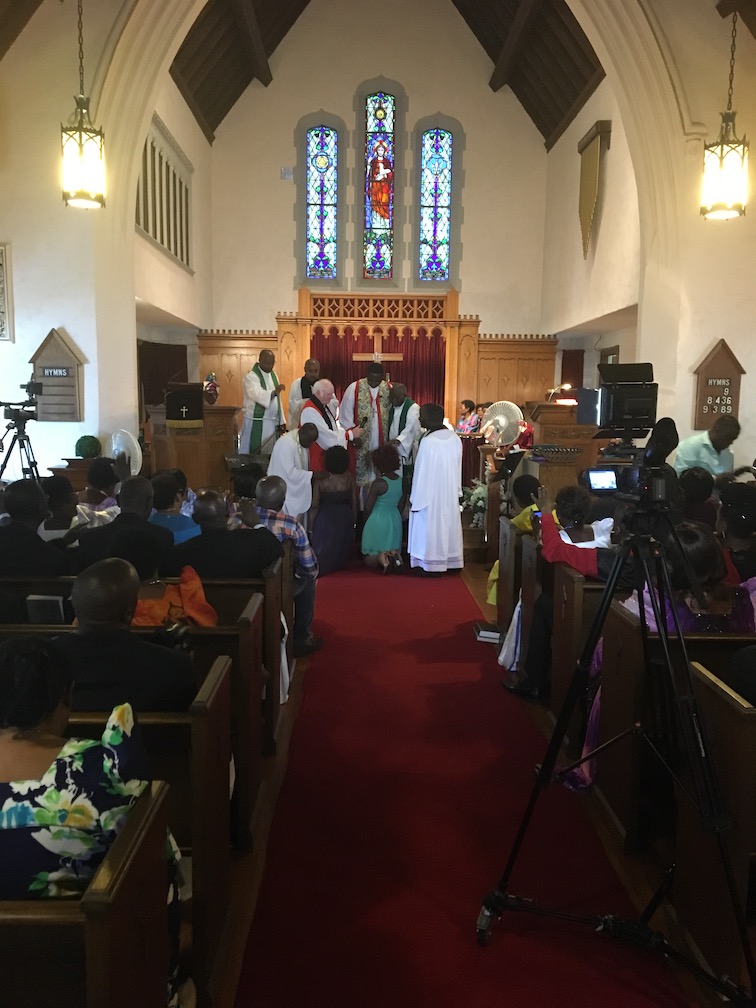 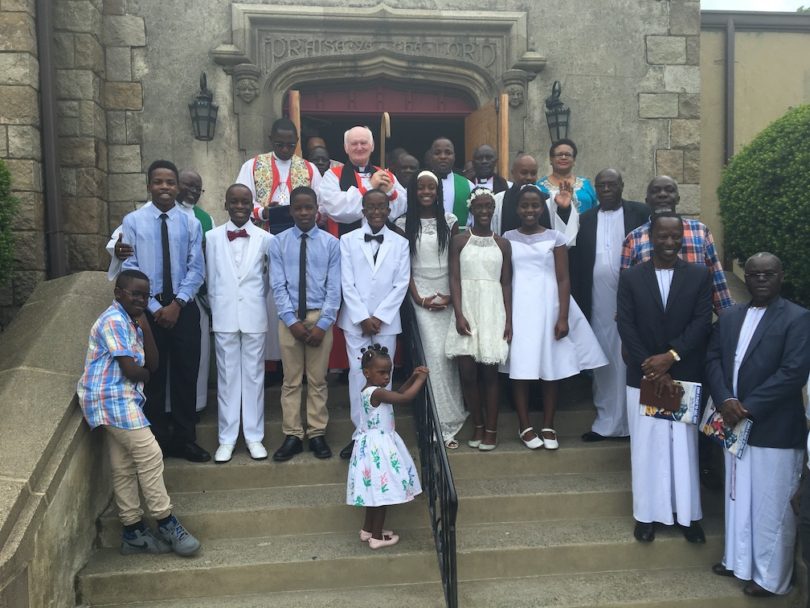