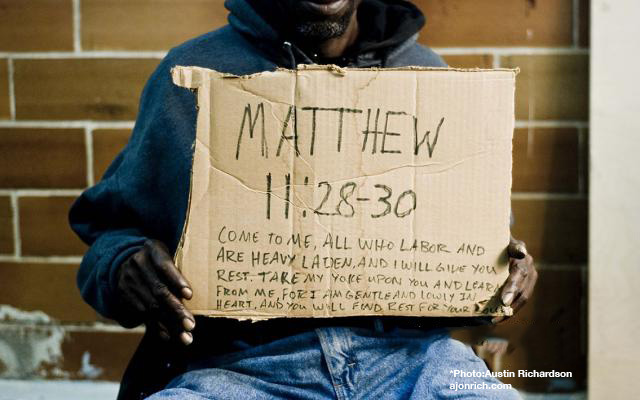 The following post, in conjunction with the ADNE, was written by Fr. Bryan Bywater of Church Army USA in order to spotlight a powerful and needed ministry happening not only within our diocese through one of our priests but throughout the whole country. Church Army and Church Army USA continues to change lives and move forward in its mission. We are grateful to Fr. Bryan for presenting to us its history, local work, and his own personal involvement. 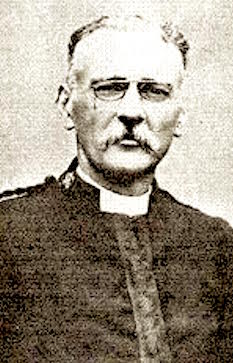 The Church Army was founded in England in 1882 by The Rev. Wilson Carlile, who banded together an orderly army of soldiers, officers and a few working men and women, whom he and others trained to act as Church of England evangelists among the outcasts and criminals of the Westminster slums. As a curate in the parish of St Mary Abbott, Kensington, Carlile had experimented with unorthodox forms of Christian meetings and witness, going to where coachmen, valets and others would take their evening stroll and holding open air services, persuading onlookers to say the Scripture readings, and training working people to preach. Previous experience had convinced Carlile that the moral condition of the lowest classes of the people called for new and aggressive action on the part of the Christian Church and that this work was most effectively done by lay people of the same class as those whom it desired to reach. 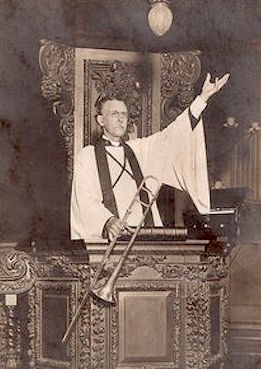 The Rev. Carlile at the pulpit

As the work grew, a training institution for evangelists was started in Oxford with F S Webster as Principal, but soon moved in 1886 to London, where on Bryanston Street near Marble Arch the army headquarters were established. Marie Carlile, Wilson Carlile’s sister, was a frail woman who left a life of elegance for the tough, austere life of training women in 1888, followed by the first “Rescue Shelter” for women in 1891; this continued in the mission for fifty years.

Today Church Army is a society of trained and commissioned evangelists in the Anglican Communion throughout the world. Their aim and purpose is winning persons to Christ by providing the Church with trained, disciplined and socially concerned evangelists who reach the least, the last, and the lost; equip others to “do the work of an evangelist”; and further evangelize by ministering where others cannot. Church Army is at work in many provinces and its American branch, Church Army USA, has stations in Pennsylvania, Missouri, New Mexico, Florida, Connecticut, and Maryland to bring the help of Christ and the comfort of the Gospel. 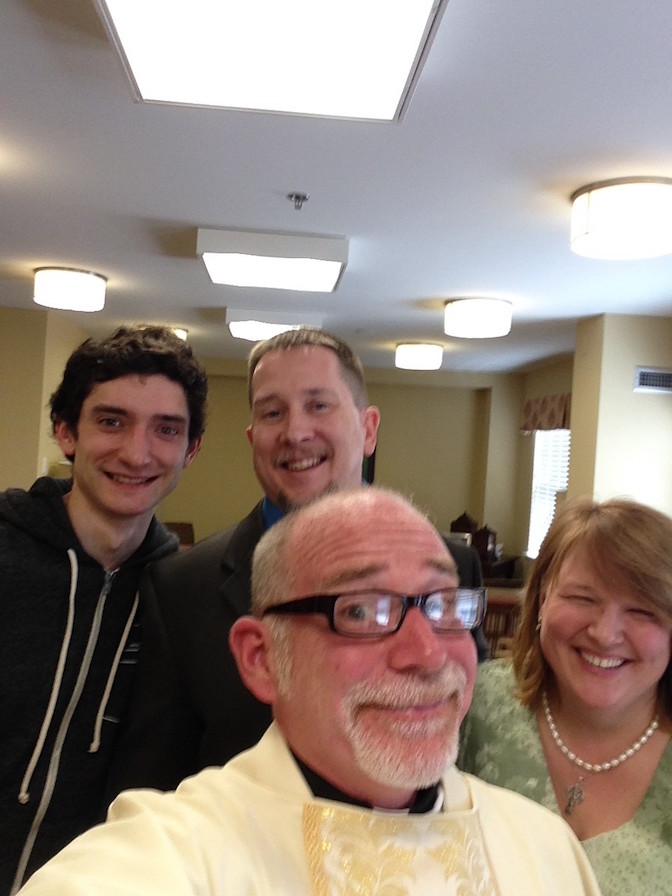 Fr. Bryan and some of the Church Army USA team

Bryan Bywater, an evangelist with Church Army USA and a priest in the ADNE, first connected with the organization during seminary at Trinity School for Ministry in 2003 through their café in Ambridge, PA. He kept up the relationship through summer mission trips back to the area while serving as rector of New Hope Anglican Church.

He currently travels preaching and awakening the Church to embrace empathy for the lost and has had the privilege of visiting Kenya, Tanzania, churches in multiple states and others serving in orthodox congregations, whether they be Episcopal, Anglican, or any other Christian denomination.  Fr. Bryan has been invited by Archbishop Foley Beach of the ACNA to participate in the formation of the Matthew 25 Gathering in Austin, TX. He will also once again teach the youth track at the New Wineskins Conference this year. Locally he has established services, Bible Studies, Faith discussions and healing services/pastoral care in two assisted-living facilities and a heath rehabilitation community.

Church Army USA was first established through a base at the Episcopal Cathedral in Downtown Hartford in the 1940s but disappeared as the Church lost its way through the various twists and turns of Episcopal doctrine and practice. It re-emerged almost two years ago and is now locally partnered in Connecticut with World Vision, Urban Alliance, Converge Network, and several local congregations. Among other services for the poor and disenfranchised, they run an underwear distribution program for the transitional homeless, and a group home for people living with HIV/AIDS, which serves a total of 500 monthly. 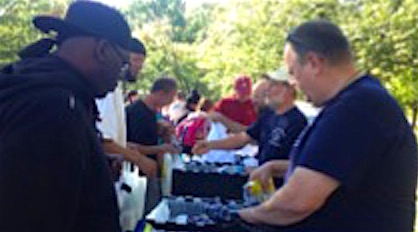 Over the past year, Church Army USA has been a part of God’s restoration in the lives of many in the Connecticut area, creatively finding ways to bring the Light of Christ into the darkest of places. Their physical presence among the broken in their community earned them the right to engage in a few thousand conversations, learning names and listening to stories. Every Saturday they minister in city parks in all sorts of weather, assuring their friends that God has not abandoned them and strongly desires to draw close to the broken-hearted. They have entered into broken dreams, shattered marriages, lost jobs, battles with addiction, and a host of other tragic circumstances, responding through comfort, prayer, and support.

Fr. Bryan has said that “choice is the first thing a person loses when they become marginalized. Restoring choice restores dignity.” To that end, this ministry has helped many to slowly take control of their lives, sometimes beginning even with the smallest choice like getting to choose the color of their new underwear. From even a humble choice like that, many have been led towards making deeper choices, such as escaping addiction, receiving forgiveness, and coming to Jesus. This year, the Church Army USA team collectively distributed over 200 bras and pairs of women’s underwear, 2,300 t-shirts and pairs of men’s underwear, and 5,000 pairs of socks through 60 different volunteers who together gave of themselves 500 hours on Saturdays. That’s 12 ½ weeks, or over three months of a 40 hour work week, serving outside day in and day out, caring for the outcast in the name of Jesus.

Prayer is one of God’s greatest evangelistic tools and a weapon against sickness and evil, and Church Army USA continues to bring the power of healing prayer back out into the streets and to the sick. Wherever they minister, teams anoint with oil, lay hands on the sick and burdened, and pray bold prayers for wholeness and well-being; they have witnessed hard and true miracles week in and week out. They are training up more and more healing ministers to help raise up those who are broken, so they can begin to find their way back into their communities. 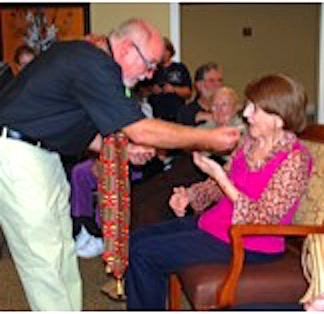 In three separate facilities, they were able to fulfill God’s command to “care for the widows and the orphans”, holding services and Bible studies for those who could not get to church, as well as those who never went before. There has been deep transformation in the lives of residents, family, and staff in these units, which were once full of cries and now experience singing and laughter in the name of Jesus. Through lively worship, the Gospel is going deep into places where disease cannot reach, whether in these facilities for the disenfranchised or out on the streets.

Fr. Bryan ministering to the kids

Fr. Bryan Bywater continues to lead and teach the Church Army USA team in Connecticut, even with his frequent travels to minister in other locations. This year a highlight for him was his trip to Tanzania, going house-to-house praying over the sick, the demonized, and the broken-hearted. He spends many of his Monday nights mentoring and leading a Bible study for young boys currently in prison. Between his individual travels and the work of Church Army USA, Fr. Bryan has a lot on his plate, but he is quick to point out, “I don’t do all the work alone. God has provided workers!” Dorothy Smolkis, a candidate with Church Army USA, has worked with him frequently, as well as over 60 volunteers this past year.

Church Army USA keeps God’s mission for them at the forefront of their mind: to re-awaken the Church to the love of God and teach them to carry the light into the darkest of places. Fr. Bryan wrote the following regarding their faith and call:

“In all that we do our message is clear and simple: Jesus has not abandoned you. In Him there is Hope. These are my people: the sick, the elderly, the homeless, and the imprisoned. This is my parish; hospital beds, wheel chairs, jail cells, under bridges, in parks, and a group home for folks with HIV/AIDS. These are the sick Jesus told us about. They are the paralytic by the pool waiting to be placed in the healing waters. They are the unclean outside the camp.”

Please prayerfully consider joining Fr. Bryan Bywater and the mission at Church Army USA with your financial support. Most of those who benefit from the work in Connecticut are unable to support Fr. Bryan as their priest, so the support of the Church is much needed.

For more information on how to donate, you may find him online at the Church Army USA donation page (you’ll find his name in the drop-down menu). If you would like to write a check, please make it payable to Church Army USA and note Bryan Bywater on the memo line. Mail to:

On behalf of Fr. Bryan and Church Army USA, we are thankful for your consideration. Above all, continue to uphold them in prayer as they continue the work God has given them to do in Connecticut and across the country.

Check out the gallery below to see some historical photos from the original Church Army mission in England! 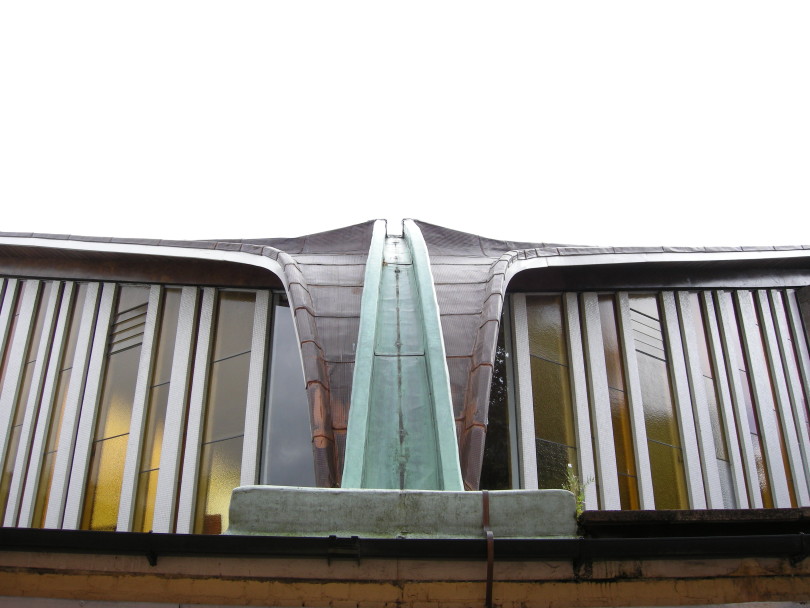 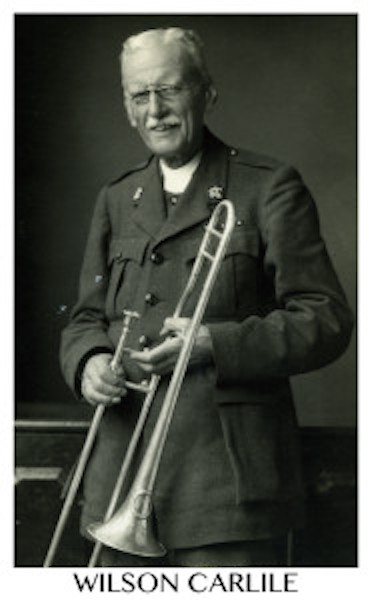 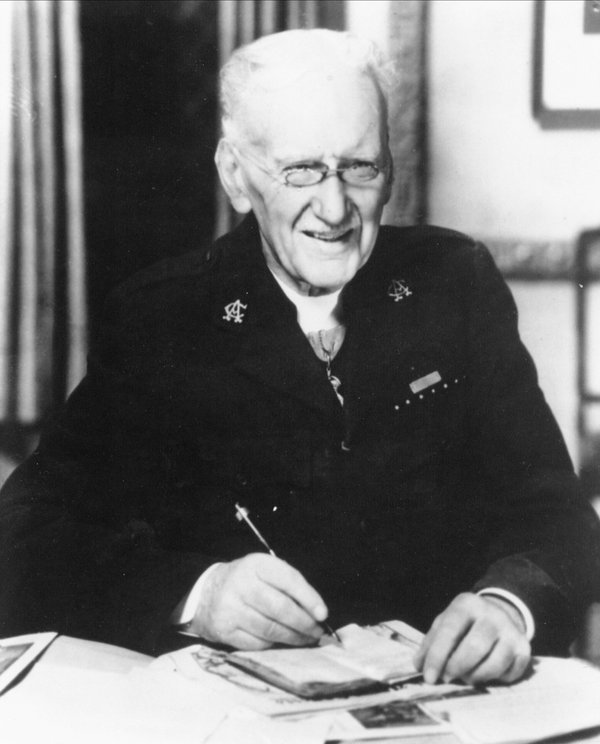 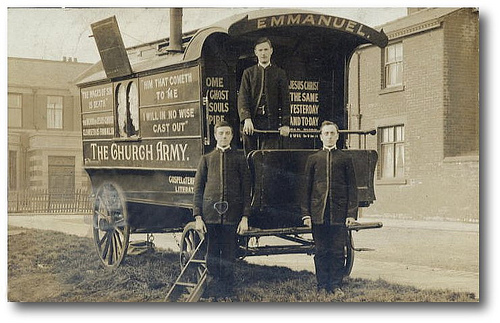 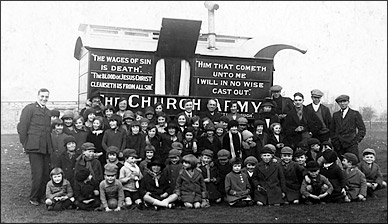 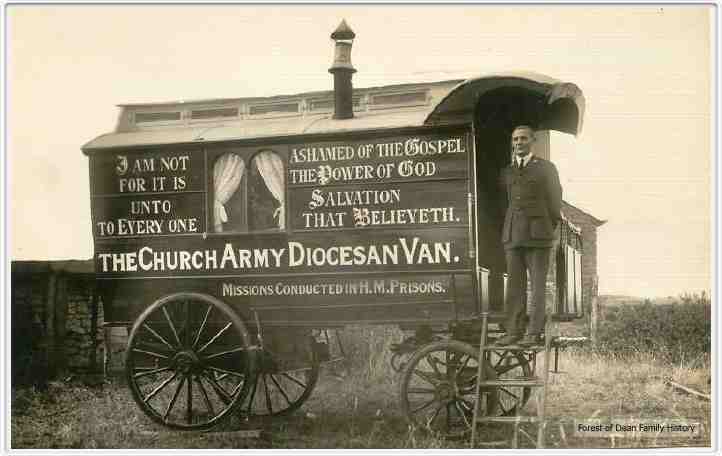 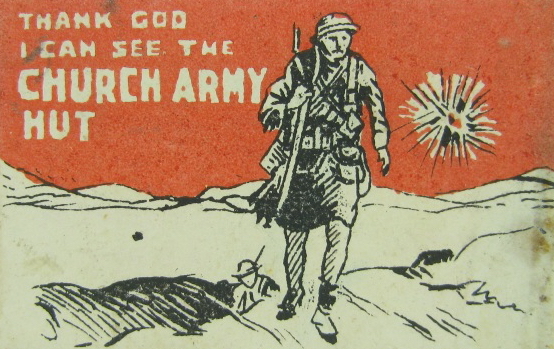 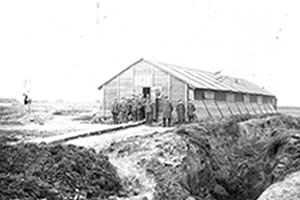 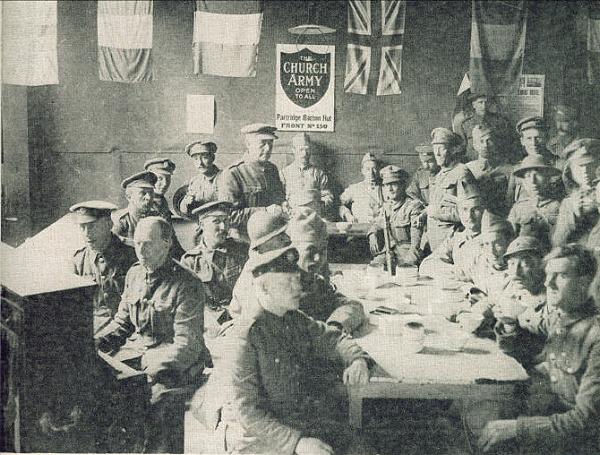 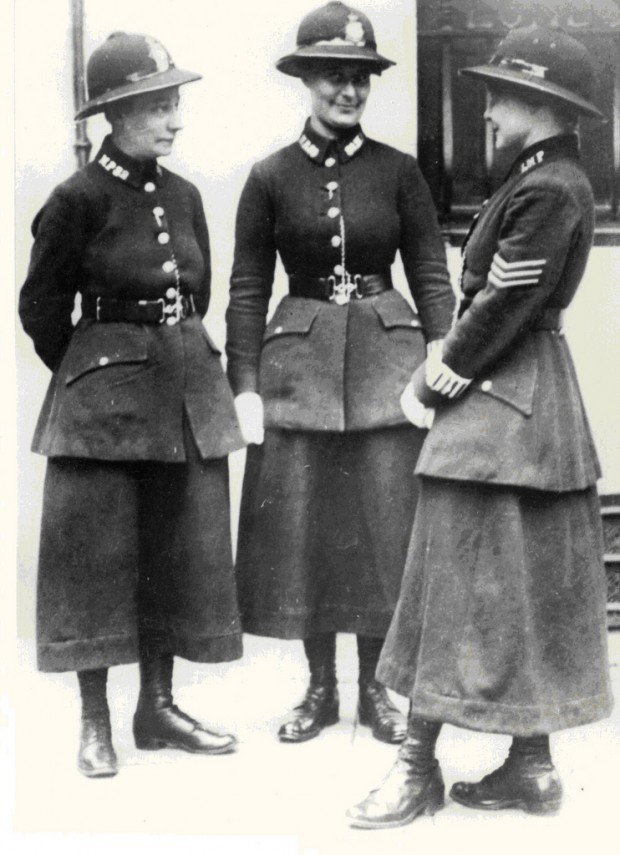 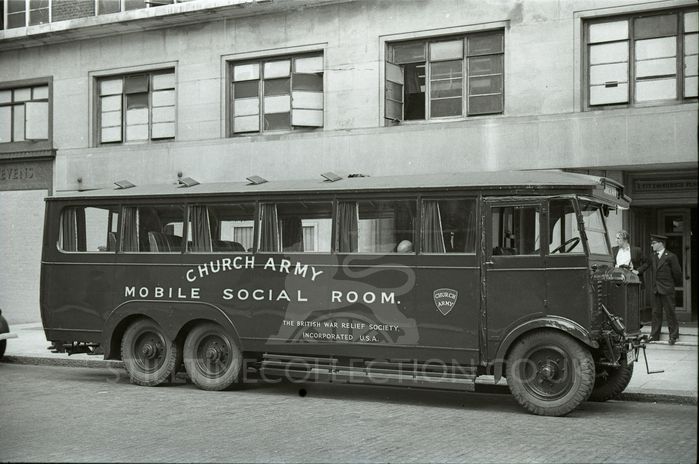 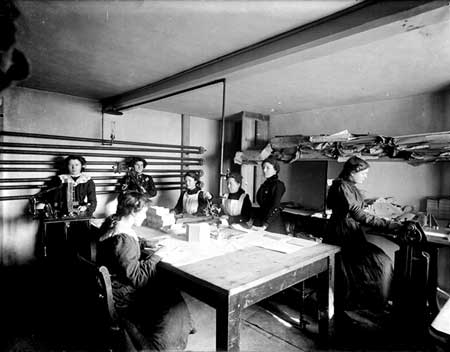 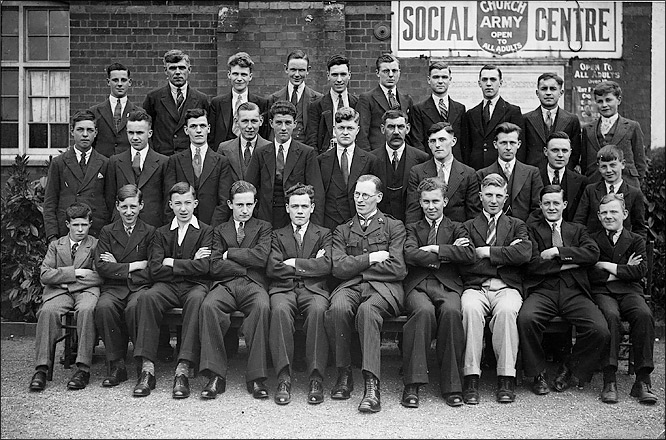 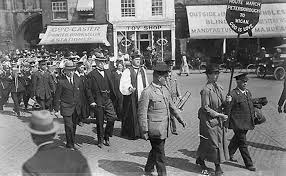 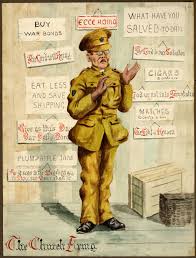 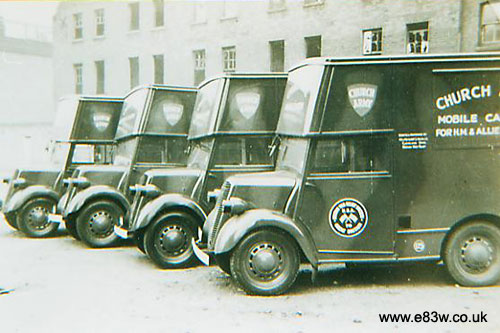 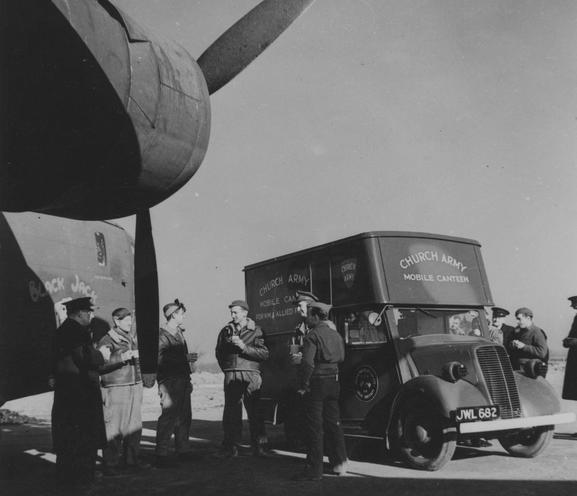 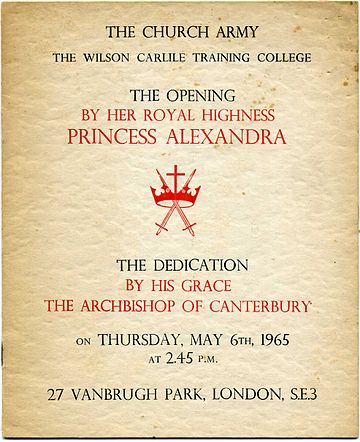 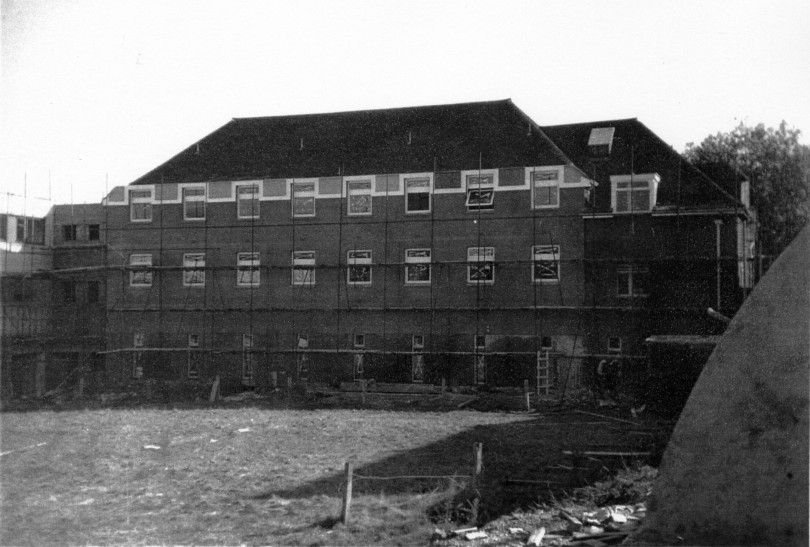 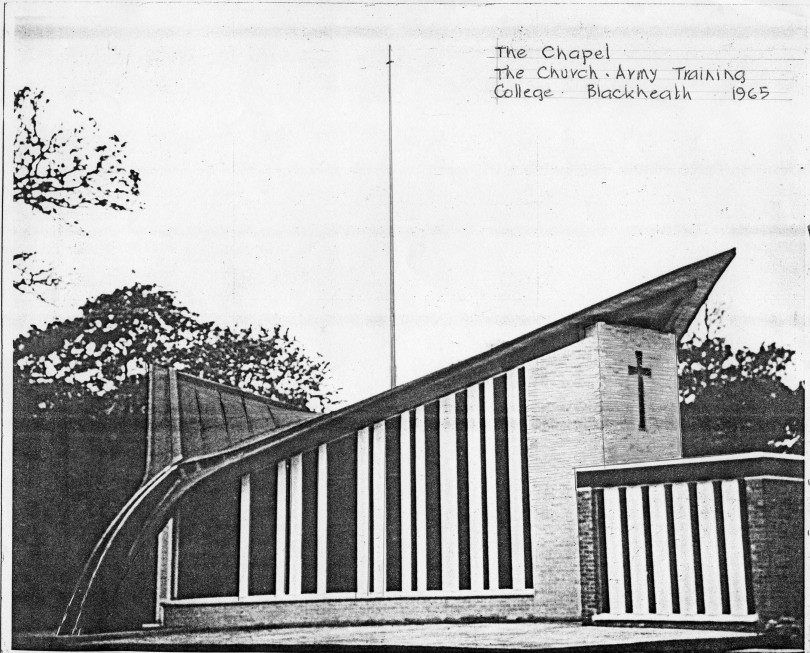 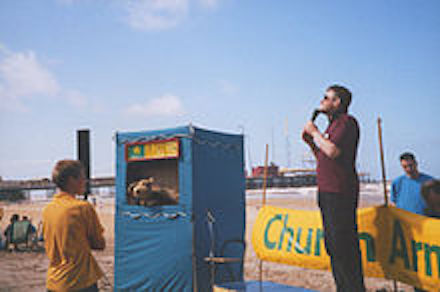