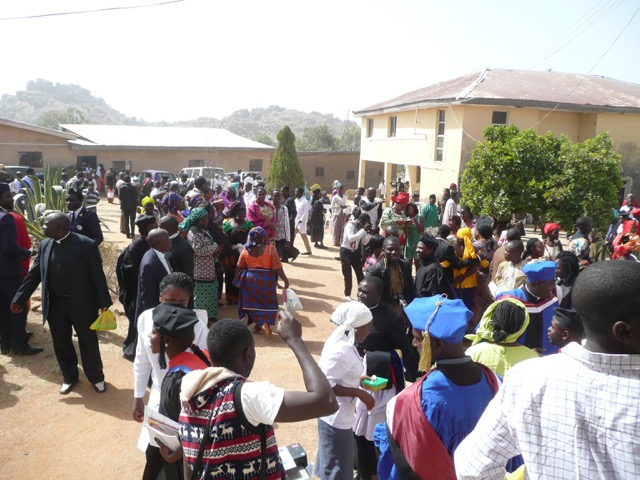 The following was written by The Rev. Cinnamon Creeden, vicar of Christ the King Anglican Church in Biddeford Maine. She recently returned from a trip to Nigeria, where she was able to minister to and with several Anglican priests under the invitation of Archbishop Ben Kwashi at a clergy conference. We are thankful for her work in the Gospel here in New England and for her faithful representation of Christ among our Nigerian brothers and sisters. 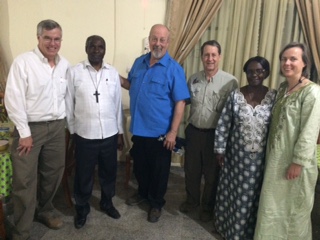 The whole team came together in Abuja. In the picture to the left (from left to right) is Casey, Bishop Joseph, Guy, Glen, Mama Josephine, and myself. We took a fascinating (though sleepy) 5 hour van ride to Jos. What I noticed about Nigeria are the dwellings and “shops”; being semi-arid, there is very little wood, and they build with bricks made of the clay like soil, and use metal for roofing. But if you look at the people, they are healthy, well-fed, bright eyed, smartly dressed, and you still see many cars and smart phones! 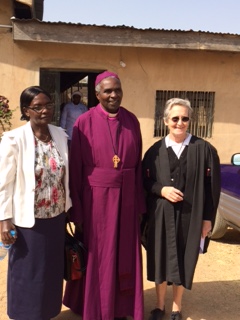 Arriving in Jos, we were taken to the Archbishop Kwashi’s office for greetings. They figured out that it was my birthday and greeted me with a cake, which made me laugh. We were brought to our hotel, which was very nice (we were not roughing it as missionaries). Our next days were spent team building and praying through the conference. We went twice to the Christian Institute for their graduation celebrations. The clergy are mostly very young and many have children. We met Susan, an amazing British woman who has been in Nigeria for 30 years. She is Dean of the Institute, and the Archbishop’s assistant in the diocese. They are building a dorm on the property, and she worked with the students during their week of “break” to make 9,000 heavy bricks. She is a wonderful combination of humility, British reserve, passion for God’s work, and love for the clergy, who all come through there as students. 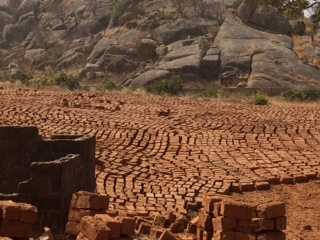 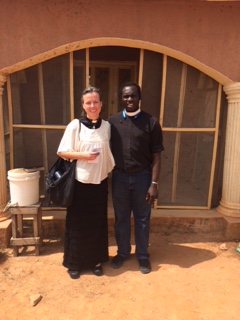 The Rev. Cinnamon and The Rev. Rinji

On Sunday, we all went to preach at different churches. I was happy to be going with Rinji (see photo), the Archbishop’s son whom I met last summer in Kansas City and whom I like very much. We went to “Church of the Advent,” one of Rinji’s churches. I preached on John 9, “the man born blind.” I did a first person narrative, shared personal testimony, and gave an altar call for people to renounce the lies of the Enemy that have been spoken over their lives (the man born blind was supposedly “born in sin and cursed by God”). I got to pray with a number of people. One in particular spoke of a sin in his childhood that he had repented of but still felt was blocking him from really being used by God. He was fasting and doing everything he could to “break through it.” Together we renounced the shame and condemnation attached to that sin and embraced the forgiveness that Jesus won for him on the Cross. I pray that he is truly free.

That night, we went to the Bishop’s court for dinner with Archbishop Ben Kwashi and Mama Gloria Kwashi. In addition to their four grown children, they have 60 orphans whom they have adopted who live with them. I don’t know how they do it, but they do it very gracefully. 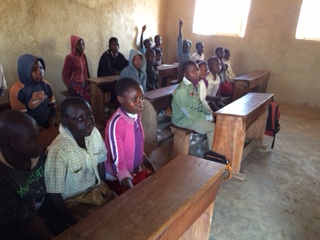 Students in a classroom at Zambiri

The clergy/spouse conference was held at “Zambiri.” Zambiri means “life is not an accident” and is a school that Mama Gloria started and runs. There are more than 400 local children at the school, who live in difficult circumstances. They eat lunch at Zambiri, and for some, it is the only daily meal they get. It is an amazing Kingdom work they are doing as they pour value and the knowledge of God’s love into these kids. Please keep Zambiri and Mama Gloria in your prayers. 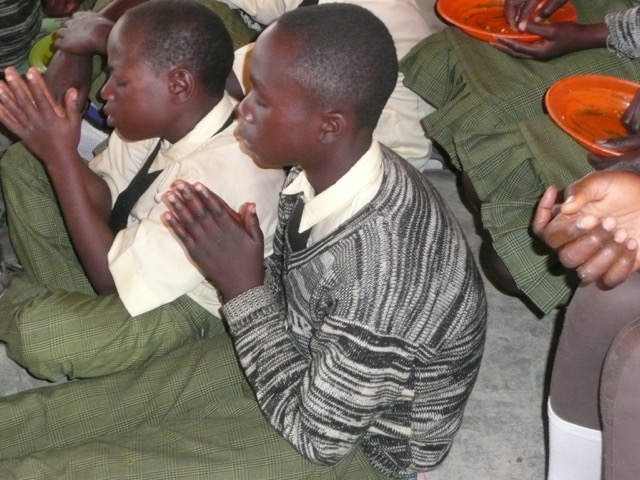 The 3 ½ day clergy/spouse conference started Tuesday morning. It had 2 themes: strengthening marriages and empowerment by the Holy Spirit. Their marriages were celebrated in several ways. On the first day, they were assigned to write love letters and read them aloud to one another that night. Those who did it returned the next day beaming, saying things like, “She has never said those things before. I never knew she felt that way!” Then the wives all brought small gifts for their husbands and had them come up one by one (this involved singing and dancing) to receive them with some display of affection. This was cute and funny, as Nigerian Christians are incredibly bashful about public affection. On the last day, we provided a big wedding cake, and each couple rededicated their marriage and fed one another cake. We saw a real change in the dynamics with couples through this community celebration of their marriages. 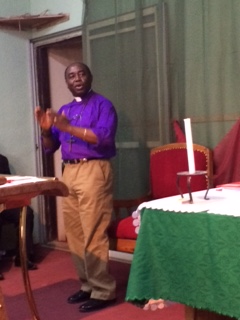 As for empowerment by the Holy Spirit, we gave several talks and prayer times about “preparing the way” for the Lord through repentance, forgiving others, and removing other obstacles. Woven through all of that was a series of Bible teachings by Bishop Joseph about the Holy Spirit. By Thursday morning, there was so much anticipation and hunger to be filled to overflowing with the Holy Spirit. Bishop Joseph asked the Holy Spirit to come, and it was like a torrential rain for 10 minutes. That we know of, there were 2 physical healings, 4 people received the gift of tongues, and there was one deliverance from evil spirits. I think many more things happened, as the Holy Spirit ministered to each according to his need.

Overall, we believe that the diocese of Jos was strengthened and encouraged. It is the Archbishop’s strong desire, as his retirement approaches, that Jos would be on mission throughout Nigeria and the world. Amen. Let it be so!