The following members of the Committee on Nominations for Bishop were elected at the 2017 ADNE Synod. The Committee on Nominations for Bishop (CNB) consists of four clergy (including Bishop Bill as a member ex-officio, and The Rev. Canon Susan Skillen, as appointed Chair of the CNB), and four lay members. The committee will be responsible for soliciting the names of potential candidates to succeed Bishop Murdoch and reduce their numbers down to a maximum of five who will stand for election at the ADNE Synod in November 2018.

The Rev. Micah Thompson, his wife, Jen, and their two young children, Levi (6) and Meg (2), live outside of Burlington, VT.  Fr. Micah has been the vicar of St. Timothy Anglican Mission since joining the ADNE in 2016.  He previously spent eight years as the youth pastor, assistant priest, and then interim rector at Church of the Apostles in Fairfield, CT.  Fr. Micah is a graduate of Wheaton College and Gordon-Conwell Theological Seminary.  His passion is to see believers become missionaries through meaningful discipleship. 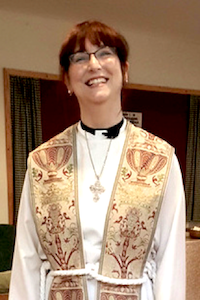 The Rev. Leah Turner currently serves as rector for Grace Anglican Church of Bridgewater, which shares worship and ministry with Faith Anglican Church, a partnership that has opened mission opportunities and strengthened diocesan ties to Kenya and the Kenyan community in New England.  She has served the ADNE since its inception, when it was still part of the CAN, and has worked in ministry both as a lay person and as an ordained member of the clergy for over 13 years. She currently serves on the Provincial Council and looks forward to serving the diocese in the future. 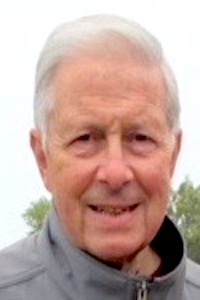 William Harper is a member of Christ the Redeemer in Danvers, presently serving as Clerk of the Vestry. He has served as member of the Standing Committee of the Diocese and Clerk of the Diocesan Synod and has been a delegate/attender at eight ACNA gatherings, most recently in June of this year in Wheaton, Illinois. Mr. Harper is a retired faculty member at Gordon College.

Anna Vickerman has been learning to follow Jesus since childhood. She has been married to Fr. Craig Vickerman, Rector of All Saints, Attleboro, for seventeen years and they have two kids, Aléthea (14) and Andrew (11).  Anna is passionate about family and children’s ministry. She has worked as a preschool teacher, and a nursery and children’s pastor. She has also served as a youth leader, taught parenting classes, and led women’s bible studies and family bible studies. Anna enjoys being creative and loves the outdoors. 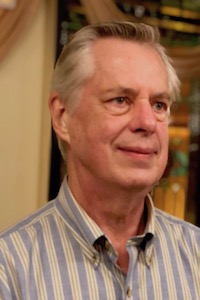 Jeff Newman currently serves as Lay Pastor of Ministries at Anglican Church of the Redeemer in Franklin Massachusetts. He has been with the parish from its inception ten years ago and is counted on in matters of discernment and leadership. Jeff has exercised those gifts in several diocesan roles, including being a member of the first Provincial Council of the ADNE as well as being an Assembly Delegate. He has also faithfully and effectively served in many vestry roles, including Senior Warden, at Redeemer, Franklin.

Amy Howard is a longtime resident of Maine, and a lover of all things New England.  In 2011 she joined her husband Justin in planting Imago Dei Anglican Church, which now resides in Downtown Bangor, where she currently serves as a lay pastor and spiritual director over their healing prayer ministry.  Amy also directs Imago Dei’s “Encounter God Weekends”, which have served as a catalyst for spiritual transformation and renewal for over six years, and now operate with a trained prayer team of over 100 lay and ordained ministers from more than a dozen area churches.  Her passion is personal encounter with Jesus, and equipping the body to minister in the power of the Holy Spirit.  She currently resides in Old Town, ME, with her husband, Justin, and their six boys.