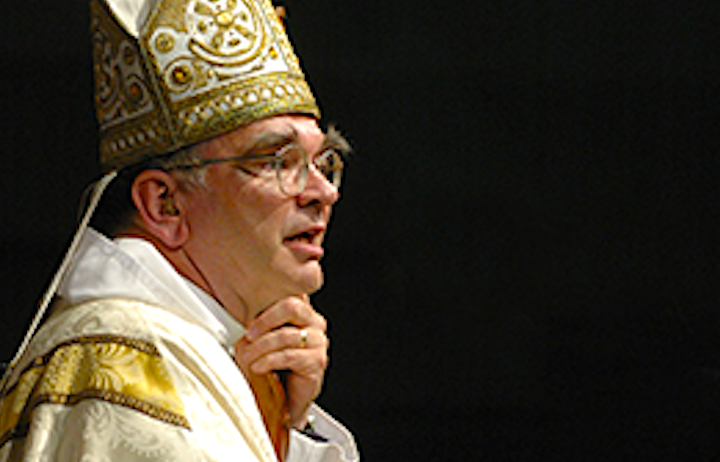 Archbishop Duncan provides more information about the remit given to the Holy Orders Task Force at their formation, particularly in response to Bishop Jack Iker’s recent comments from the Diocese of Fort Worth, which can be found here.

There has been much public discussion since the College of Bishops met in conclave last September to discuss women in holy orders.  Bishop Iker’s address to the Diocese of Fort Worth convention has been a part of this conversation, but included an unintentional inaccuracy. To avoid confusion and misunderstanding, our first Archbishop, The Most Rev. Robert Duncan, recently called Bishop Iker to clarify the instructions that were given at the formation of the Task Force, and has now offered the following public comment and correction about the process by which the Task Force developed its study:

A statement made by Bishop Jack Iker to his Annual Convention on November 4, 2017, is untrue, and – because it seems to have gained wide circulation – I believe I need to correct the record publicly.  Because I am also Archbishop Emeritus, I also think brief comment is appropriate.

Bishop Iker stated: ‘It is interesting to note that when Archbishop Robert Duncan appointed the Task Force, he charged them with doing a study of the issue of women in holy orders, but instructed them not to come to a conclusion or to make any recommendation as to how to resolve the debate.’   As the chair of the Task Force, Bishop David Hicks has confirmed to me in writing, with willingness for me to quote him publicly, that no such instruction was ever given. It was never my leadership style to begin with the conclusion, except that the Lord wanted us together and wanted us to focus on mission.  Far from what my long-time friend averred, my instruction to the Theological Task Force on Holy Orders was that they do the theological study that was promised at the foundation of the Province so we might better understand how to move forward.

That the Study provided biblical and hermeneutical grounds for both positions is the outcome of the study.  That that outcome did not resolve the issue was not what many in either perspective hoped for, but it surely gives ground for the compromise that was necessarily imbedded in our Constitution and Canons when we came together in 2009.  Not surprisingly, akin to Global Anglicanism, the matter of women in the presbyterate is not one that can presently be settled unless we should choose to go our separate ways.

It is a fact that the majority of our bishops do not ordain women to the presbyterate. It is also a fact that those dioceses which do ordain or license women to the presbyterate constitute a large majority of our church’s membership. However, this process has never been about attaining “winning” majorities and church politics, but about arriving together at a mutual consensus.  The conclusion of the Theological Task Force on Holy Orders Study seems to be that we are, as faithful Anglicans, not yet at a final conclusion.  If we have learned anything about church-life in the last fifty years, it should be that political action (facts on the ground and majority rule) to settle unresolved ecclesiological challenges is an extraordinarily divisive way forward.  Coming to Godly consensus – as we did at the foundation of the Province in structuring a way to go forward together – is the course that is far more difficult but infinitely more fruitful.